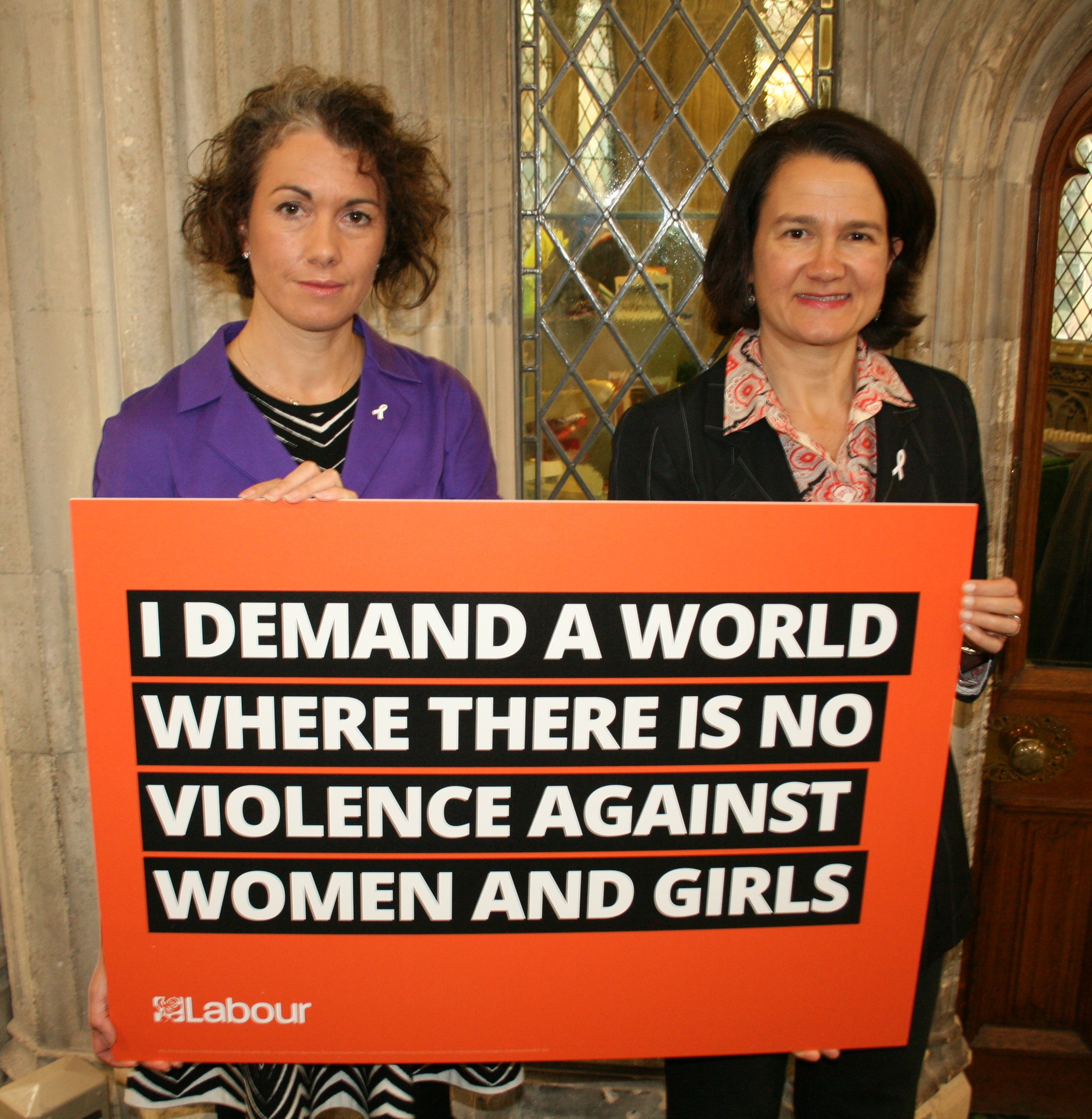 Catherine West MP has shown her support for the United Nations campaign for the Elimination of Violence against women and girls. Shocking statistics show that women are eight times more likely than men to experience sexual assault.

The Crime Survey for England and Wales 2015 highlights that there are still very real concerns around gender-based violence. The survey shows not only an increase in reports of sexual assaults, but also that women are far more likely than men to experience this type of crime. In the period 2014 / 2015,the Metropolitan Policereceived 4,770 reports of sexual assaults on women, compared to 440 against men.

Catherine West MP said: “These shocking figures show that too many women are still living under the threat of violence. More must be done to tackle the problem and I am very concerned that further Government cuts to the police and vital domestic violence services will only make it more difficult for women to get the help they need”.

Sarah Champion MP, Shadow Minister for Preventing Abuse and Domestic Violence said “All violence is abhorrent. But these statistics demonstrate the persistent discrimination and gender inequalities that women face. We must commit to take action – violence is not inevitable, it can be prevented.”

“Police forces have made vast improvements in encouraging victims of crime to come forward and report, however I have a real concern that the police cuts proposed in next week’s Autumn Statement will undo this good work.”

“Women refuse to continue to bear the brunt of Government cuts at the expense of their safety and well-being.”