Full Text of My Maiden Speech

My Maiden Speech to the House of Commons today 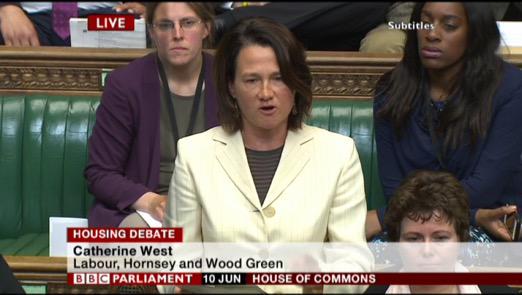 “It is an honour to give my maiden speech today in the birthplace of Westminster democracy. A model, which many other countries have used as a blueprint for their fledgling democracies. We must never forget that internationally others look to us for leadership not just on democracy but on human rights too.

In the constituency of Hornsey and Wood Green, democracy features strongly. In the year I was born, in 1966, the Conservative Hugh Rossi was elected and remained the MP until 1992 when he resigned. He was followed by the Labour minister Barbarba Roche who was the MP until 2005 when the Liberal Democrats’ Lynne Featherstone won the seat. Tory, Labour and Liberal over a relatively short space of time. Democracyis certainly alive and kicking in Hornsey and Wood Green.

My predecessor, Lynne Featherstone, was well respected locally for her ministerial work on gay marriage and her campaigning for an end to the vile practice of female genital mutilation, causes I am sure that she will continue to pursue.

I am very pleased to speak on housing and equally happy that Opposition members have brought this crucial matter as an Opposition Debate so early on in this Parliamentary term.

My constituency is one of great contrasts, with households on low incomes living in the graceful, but dilapidated, Victorian Noel Park estate. I was always amazed by our Victorian and even our post war predecessors who saw the need to invest in housing for working communities and made it happen. In coming months so much energy will be spent on needlessly debating the merits of ‘right to buy’, over housing stock where people are basically securely housed, when we could be getting stuck in to building more for the many who lack housing security. There are so many excuses why wecan’trather than being determined to build build build to address the critical imbalance between supply of housing and demand for housing.

In the west of my constituency leafy boulevards of Edwardian splendour nestle in the foothills of Alexandra Palace Park and run along the boundaries of the spooky Highgate And Queens Wood, 28 hectares of ancient woodland known for its archaeological treasure trove of Roman pottery produced around AD 47 for ancient Londinium.

The famous landmark of Alexandra Palace originally known as the Palace of the People was leased to the BBC in 1935 for their new Television service. Its glass dome provides a magnificent backdrop which today’s shoppers can gaze at from the Wood Green Shopping City.

Today, 180 languages are spoken in our local schools. As an immigrant myself I am proud of our rich diversity. Immigration is too commonly seen as a handicap when in truth it’s our strength.

Recent research has shown that for households privately renting in Hornsey and Wood Green, of the average weekly wage of 500 pounds, 250 is spent on privately rented homes. Shelter, the national housing charity guidelines state that a third of average weekly earnings should be spent on housing costs, not a half. Costly housing is holding back the economy, making London unaffordable for the workforce and creating public health problems as a result of overcrowding. In short, ‘generation rent’ needs a break.

The knock on effect of high cost rented housing means fewer young people able to purchase their own homes. The government ‘s help to buy scheme has helped fewer than 20 households (check figure) in my constituency. The deregulation of pensions in recent times is fuelling the buy to let markets and pushing up prices. There is nothing short of a housing crisis. People in housing need are being failed and the housing benefit bill is costing the public purse dear.

The only way out of this spiral is to increase housing supply. Whether young people are trying to get on to the housing ladder or rent a social home, councils must be permitted to build more affordable homes and to insist on half of all new homes built, to be genuinely affordable, not eighty percent of the market rate which is not affordable for average or middle income households. To date I have not heard a commitment in this parliament to address the crucial issue of housing supply. We ignore this at our peril, being symptomatic of the tin ear of this administration when it comes to investment in vital housing infrastructure or indeed the social mobility our society desperately lacks.

Madam Deputy Speaker thank you for indulging me in this my first speech in parliament. I look forward to standing up for the people of Hornsey and Wood Green, challenging housing inequality in our society and fighting for the things that matter.”