Catherine West MP joins the call for ‘No More Hiroshimas’

Catherine West MP joined the Campaign for Nuclear Disarmament in Parliament to commemorate the 70th anniversary of the bombing of Hiroshima and call for the horrors of the event never to be repeated. 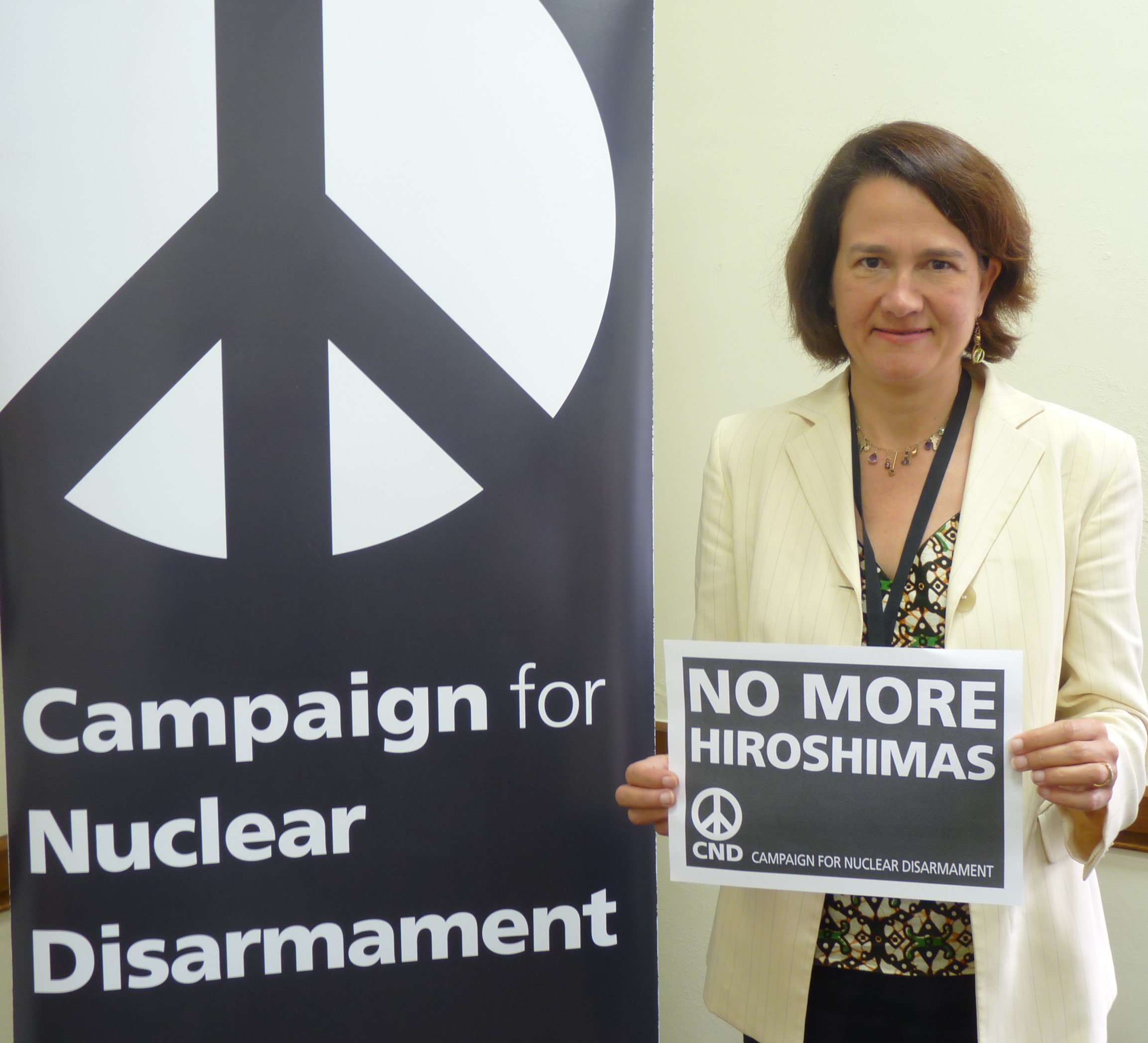 The first use of an atomic bomb in war took place on August 6 1945 when US air forces dropped a bomb on Hiroshima, which killed up to 180,000 people and destroyed 13 square kilometres of the city. A further bomb was dropped on the city of Nagasaki three days later and killed between 50,000 and 100,000 people.

Catherine West MP has spoken out in the past about her opposition to the renewal of Trident. She said “The anniversary of the bombing is an important time to reflect on the human cost of using nuclear weapons. I support CND in calling for the horrors of Hiroshima never to be repeated and believe we need a global ban on such weapons as part of a commitment to nuclear disarmament”

Kate Hudson, General Secretary of CND said “We are pleased that Catherine West MP is joining CND in commemorating the anniversary of the Hiroshima bombing. The scale of the devastation caused by nuclear weapons, together with the disastrous consequences of radiation on human and all forms of life, make these weapons uniquely terrible and destructive. The world must resolve never to allow the scenes of Hiroshima and Nagasaki to be repeated.”