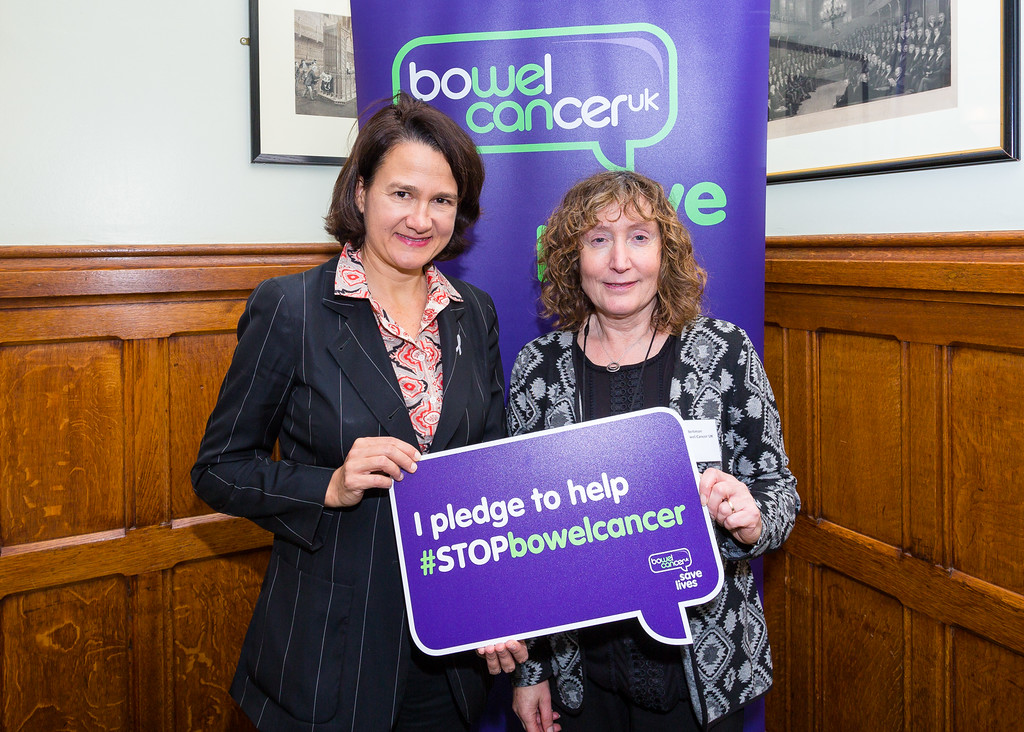 Bowel cancer is the second biggest cancer killer in the UK, affecting both men and women. Every year over 41,500 people are diagnosed with bowel cancer, that’s one diagnosis every 15 minutes, and more than 16,000 people die of the disease. Bowel Cancer UK supports research and campaigns to stop bowel cancer.

Catherine West MP said, “As the local MP, I am totally committed to improving outcomes for bowel cancer patients both locally and nationally.”

“There are still too many people dying from bowel cancer when we know that it is preventable, treatable and curable, if it is diagnosed early. That’s why I’m backing Bowel Cancer UK’s call to improve bowel cancer services and support their aspiration to transform survival rates from one in two surviving bowel cancer for five years to three in four surviving by 2025.”

Bowel Cancer UK’s Parliamentary Reception aimed to raise awareness of bowel cancer and the importance of developing a world class, consistent service across the UK. Currently there are huge variations in the availability and quality of diagnostic testing, treatment and care. The event provided Parliamentarians with national and local data to highlight how their own Clinical Commissioning Group (CCG) is currently performing in a number of key indicators relevant to the diagnosis and treatment of bowel cancer versus other areas of the country.

Catherine West MP “I would urge my constituents to see their GP if they are worried about symptoms they think might be caused by bowel cancer and if you are sent a bowel screening kit, use it. Early diagnosis really can save lives.”

Deborah Alsina, Chief Executive of Bowel Cancer UK, said, “Bowel cancer is the UK’s second biggest cancer killer with survival rates being one of the lowest in Europe. As a charity, we are determined to save lives and improve the quality of life for all those affected by bowel cancer. But we can’t do it on our own. The support of people such as [insert name] is vital to helping us make a difference. That’s why I’d like to thank Catherine for supporting our campaign to stop bowel cancer. Together we can save lives.