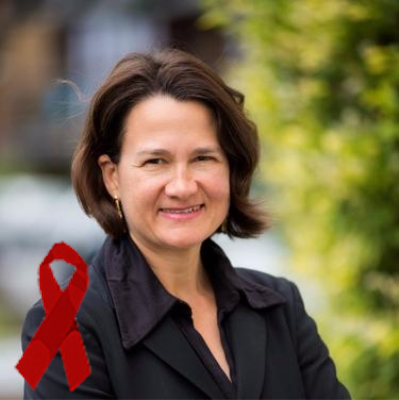 I am proud to be supporting HIV Testing Week and World AIDS Day. Here is my article in the Gay Times on beating HIV & tackling stigma.

Scientists are beating HIV, but they need your help

I remember the day that the then Member of Parliament for Islington South & Finsbury, Chris Smith, became the first MP to publicly disclose he was HIV positive. Having wrestled with this fact for years, his decision to reveal it was largely driven by a speech Nelson Mandela gave on HIV awareness following the tragic death of his own son to AIDS in 2005. Both declarations were highly personal, but also very public ways to increase visibility and ultimately reduce stigma. While our scientists are taking leaps forward when it comes to research, it is essential we as a society move with them, and that means getting tested regularly and learning more about this virus.

35 million people are living with HIV across the world. 110,000 are living with HIV here in the UK, and at least 26,000 of those do not even know they have it. Of this total, over 30% are from Sub-Saharan Africa, despite this group only accounting for just over 1.8% of the total UK population. The picture gets worse in London, where 1 in 8 sexually active gay and bisexual men have now contracted the virus. Equally, it is all too easy for some to think they will never contract HIV because they do not belong to a ‘higher risk’ group, leading many wrongfully to dismiss the need for regular check ups. I receive scores of letters and emails from concerned constituents deeply worried about sexual health, and the need for a more informed and open dialogue on tackling HIV. Public concern may be increasing but are perceptions about this condition changing?

Sadly, this week Daily Mail columnist Jan Moir launched a cruel attack on the actor Charlie Sheen following his recent disclosure that he was HIV positive, in much the same tone as her vitriolic rant back in October 2009 on Stephen Gately and the “sleazy” and “less than respectable” circumstances surrounding his death. Moir condemned some commentators for supposed “knee-jerk liberal reactions” that praised his courage and accused them of failing to reflect on the reality of his sorry situation. Hasn’t Moir missed the point? Knowledge brings confidence and understanding; silence breeds fear, stigma and prejudice. It is true that statistically certain groups have higher percentages of people living with HIV; but the answer is to educate and to encourage everyone to get tested, particularly those in high-risk groups. Whether it was Charlie Sheen, Lord Smith or NBA star Magic Johnson, being honest about their status will have lifted a load from their shoulders but it also will have made millions of people think about this condition. He also had an important message to say about getting tested, knowing your status and being on effective treatment, which if in place means the chances of someone passing on HIV are very low indeed.

We have made real progress in recent years in the detection and treatment of HIV. Medical outcomes for people with HIV in the UK are also among the best in the world. However, much more needs to be done to help detect and treat HIV given that recent figures show HIV rates are rising in the UK and that a quarter of those with HIV remain unaware they have the disease. We have made huge leaps in terms of treatment, but education and prevention is an area in which more could be done, and most at risk in England if Public Health budgets are further squeezed.

Two recent European studies into Pre-Exposure Prophylaxis (PrEP) yielded exceptional results by reducing HIV infections rates by 86%. I have written to Jeremy Hunt, the Secretary of State for Health urging him to consider the case for rolling out PrEP to those social groups most at risk from contracting HIV, and you too can join the campaign by signing the online petitionhere.

While education and public awareness are central to tackling the problem of undiagnosed HIV, it is extremely important that the Government look at ways to reduce stigma, expand HIV testing and facilitate early diagnosis. Following a concerted campaign by the Terrence Higgins Trust, it is welcome news that early HIV diagnosis will now be measured as part of the Public Health Outcomes Framework. However, I remain concerned that the Government’s Health and Social Care Act could make it harder to integrate HIV treatment across the NHS and I would also have liked to see the Government establish an advisory committee for HIV prevention research, which was recommended by the cross-party House of Lords Select Committee for HIV and AIDS.

As we mark National HIV Testing Week and as World Aids Day on 1 December approaches, we are reminded that for every insensitive tweet or ignorant article that increase stigma, steps are being taken to prevent infection, to combat this virus and to raise awareness of this condition. I will be doing my part in Parliament, including attending the important debate on World Aids Day in Westminster Hall, to support the fantastic work of the Terrence Higgins Trust, National AIDS Trust and the Halve It Campaign. I hope you will do your part too, whether learning more about HIV, supporting the campaign on social media or most importantly getting yourself tested for HIV. Research is beating HIV, but it needs your help too.

For more information of how you can get involved with National HIV Testing Week clickhere.