Letter to Theresa May on Psychoactive Substances Bill 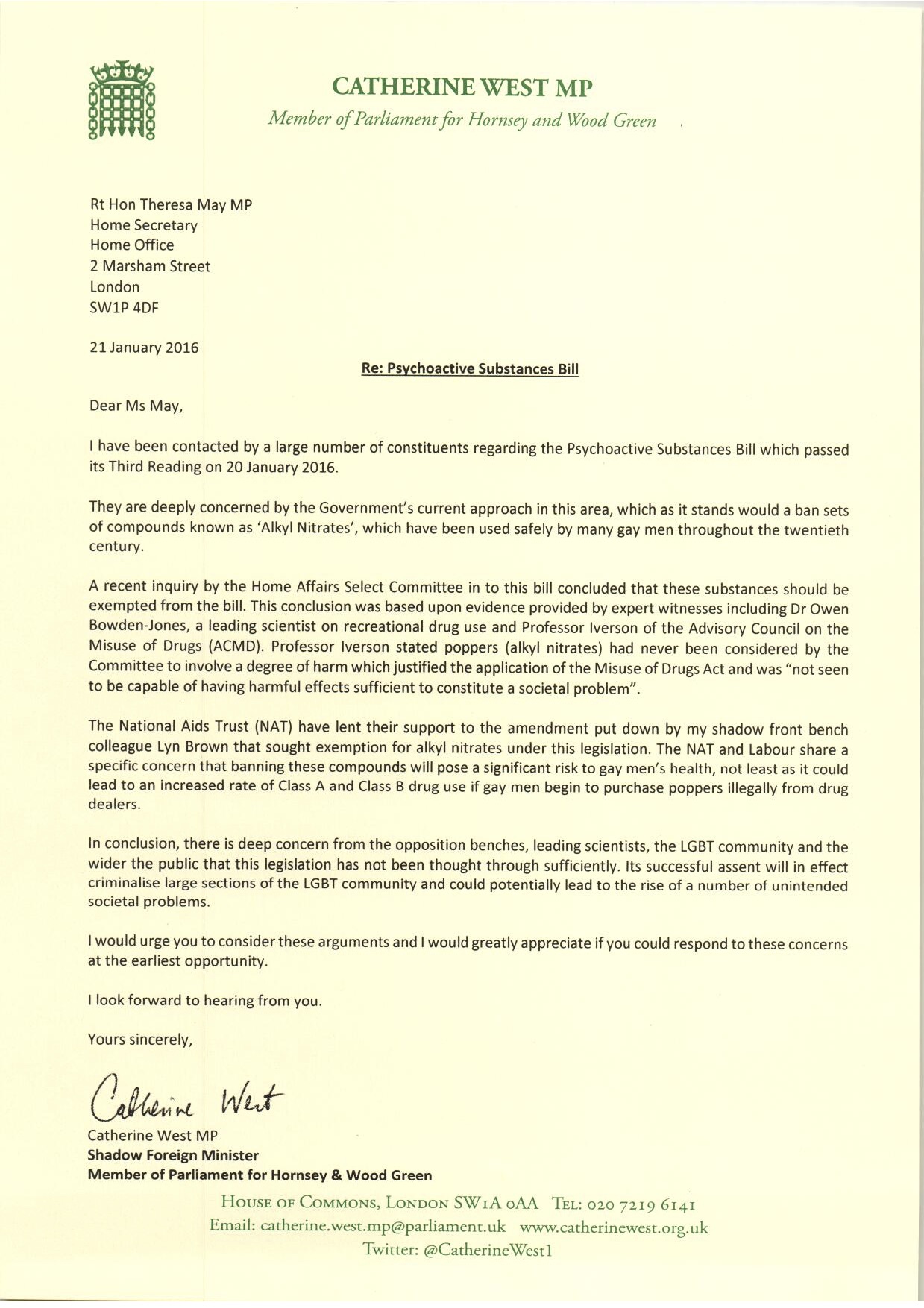 I have made an formal representation to the Theresa May, the Home Secretary urging her to reconsider taking the Psychoactive Substances Bill forward without Labour’s amendment proposed by Lyn Brown MP for West Ham, which sought to exempt Alkyl Nitrates (poppers) from the bill.

In my letter encouraged Ms May to consider the strong body of evidence presented by the Advisory Council on the Misuse of Drugs and the Home Affairs Select Committee. Both of which concur in their viewthat poppers do not pose sufficient risk to be banned under the Misuse of Drugs Act.

I have been contacted by scores of constituents deeply concerned by this Government’s proposals. Many of them, like me, agree with the view of the leading charity, the National Aids Trust, which argue that the successful passage of this bill without exemption for Alkyl Nitrates poses a serious health risk to the LGBT community. It will in effect criminalise large sections of the LGBT community and risk encouraging users to begin obtaining these compounds illegally, leading to increased likelihood of Class A and Class B drug use.

Above is a copy of the the letter I sent to Theresa May.