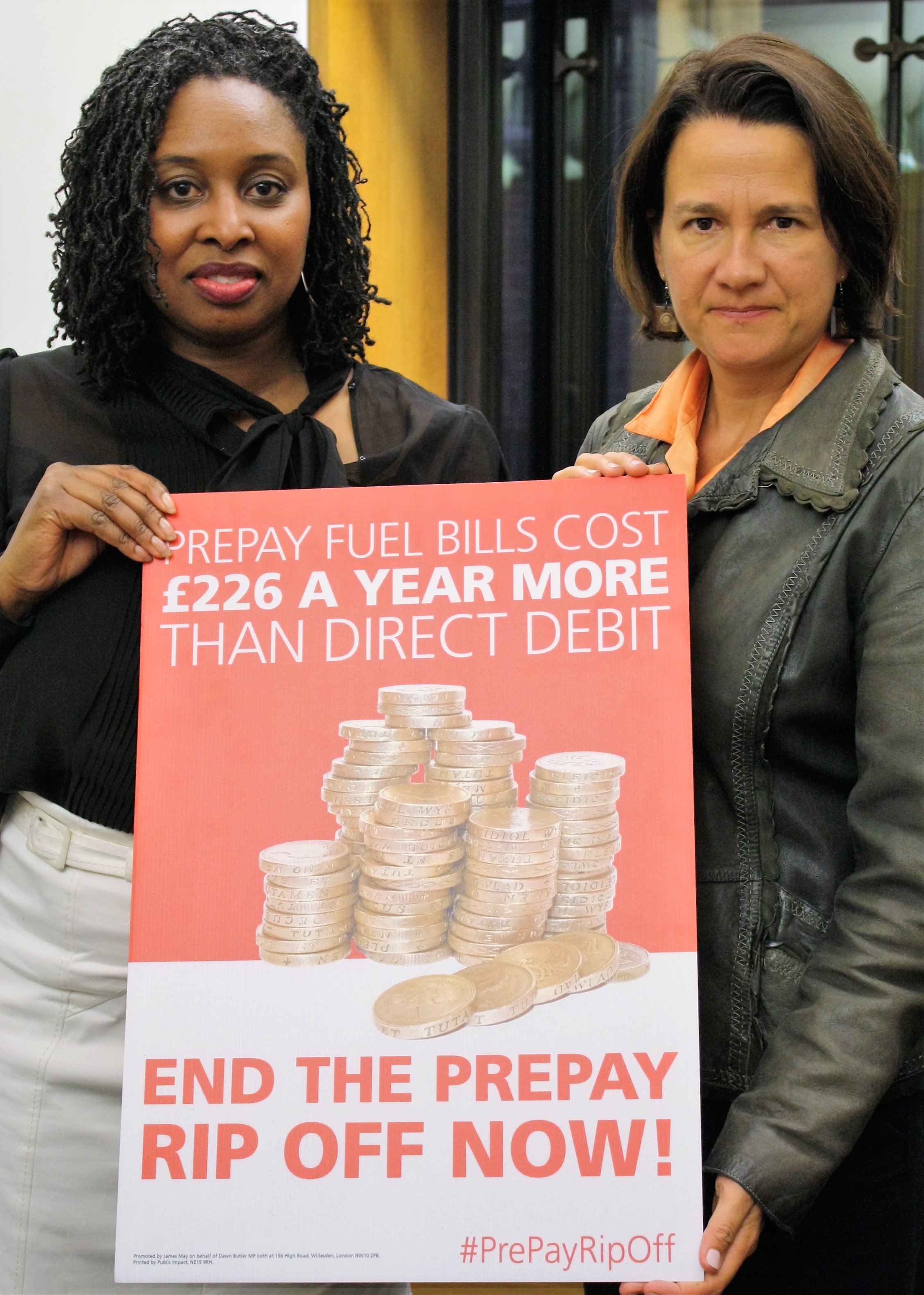 On Wednesday 10th February Catherine West MP joined the launch of the #PrePayRipOff campaign in the House of Commons to clamp down on the cost of prepayment meters as a means of paying energy bills.

The latest research by the Citizens Advice Bureau has revealed that pre-payment meter customers on average pay £226 a year extra for the cost of their energy compared to the cheapest direct debit tariff. And with 1 in 5 prepayment meter users already in fuel poverty this amounts to an extra £1,322,100 a year being taken out of the pockets of the 5850 households in Hornsey & Wood Green who can least afford it.

Catherine West MP joined Dawn Butler MP at the launch of her campaign along with Sadiq Khan MP, Labour’s candidate for Mayor of London, calling to take action on the Big 6 energy companies.

Catherine said: “It is unacceptable that the poorest in our society are forced to pay the most for their energy bills when the cost of energy is falling but bills continue to rise. Almost 6,000 households in Hornsey & Wood Green have these meters and they’re paying the price. I will continue to call for real action in the energy market to pass on the savings which thousands of families in my constituency deserve. This Prepay Rip Off must end now.”

Dawn Butler MP said: “It is about time someone stood up to the Big 6 energy companies on behalf of the most vulnerable energy consumers who are being left out of pocket. The cost of energy is at an all-time low yet prices keep going up. The Government need to take action to force energy companies to pass on these savings to consumers. If you support my campaign add your voice by signing the petition!”

Sadiq Khan MP highlighted at the launch the enormous cost to Londoners: “1 in 5 households in London have no choice but to use prepayment meters to pay their bills. This could be costing the most disadvantaged families in the capital an additional £140 million a year. This is money taken out of the pockets of those who can least afford it, and money that would otherwise be spent in the local economy on goods and services. I am calling on the energy companies to automatically give Londoners the best possible deal on their energy tariffs and ensure the most disadvantaged in our communities are given reduced standing rates.”

You can sign the petition online by going to http://chn.ge/1P83QSC.