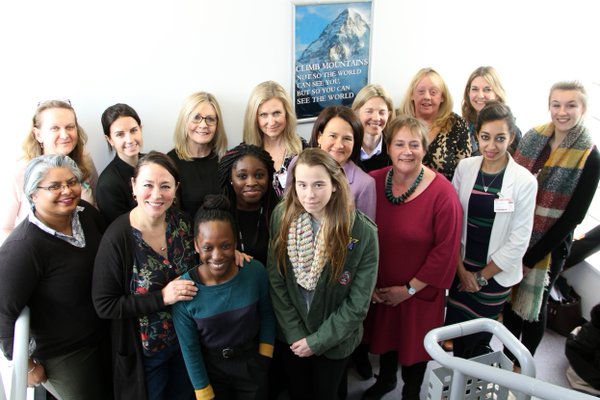 On this day of celebration of the achievements of women everywhere, I had the privilege of spending the morning at Hornsey School for Girls, speaking to the next generation of young women. Lots had strong opinions on the EU referendum and told me how they wanted to stay in the EU because of the opportunities it offers for travelling and working overseas. It was wonderful to see so many smart, engaging young women excited about the possibilities of what lay ahead for their futures, and it’s a reminder of how far we have come since the days when women’s horizons were limited purely because of their gender.

To some people, the fact there’s been progress means there isn’t need for an International Women’s Day at all. I was on The Daily Politics this lunchtime alongside Laura Perrin from The Conservative Woman, who thought the whole notion was patronising. I disagree.

Women are still more likely to work for less pay than men and in lower paid sectors. Over the last ten years, levels of maternity discrimination have almost doubled and too many talented women tell me how difficult it is to find good quality part-time work after having children. The UK gender pay gap stands at 19.2% – well above the EU average of 16.4%.

Labour has a proud record in this area. We have more women MPs than all the other parties put together and almost every major piece of legislation that has improved the lives of working women, from extending maternity leave and introducing paternity leave to the minimum wage and Sure Start children’s centres, has come under a Labour Government.

Yet sadly, under the Tories we’re seeing the clock turned back.

Of the £82 billion in tax increases and cuts in social security spending since 2010, 81% will be taken from the pockets of women. Essential specialist services providing support for women who are victims of domestic violence are bearing the brunt of massive government cuts and 32 specialist refuges across the country closed their doors between 2010 and 2014. Women’s Aid have estimated that 155 women and 103 children are turned away from refuges every day. That’s despite the fact that two women a week are still being murdered as a result of domestic violence.

So whilst I will be joining in the celebrations today, and hosting my own event on Thursday, the fight continues to consign gender inequality to the history books for good.

Finally I appeared on BBC Daily Politics this afternoon to argue the case for celebrating and supporting International Women’s Day. If you would like to watch, please click here. 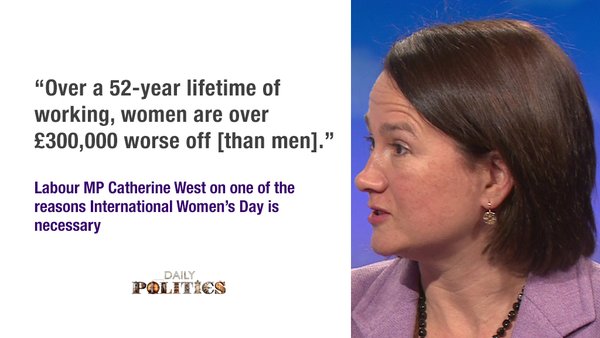