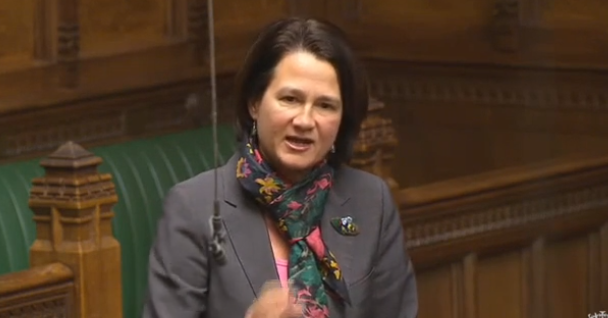 Speaking during the debate yesterday, she expressed her sadness that we had reached this point and set out her reasons for voting against the Government’s Bill. You can readCatherine’s previous statements here and here as well as her full speech to Parliament:

“How did we get to this point, with a nation so divided? The weekend after 23 June, I held an advice surgery, because a lot of European nationals live in Hornsey and Wood Green. Five hundred people came to see me to express their distress, and that was not just European nationals but everybody, from across the community. That said so much about how many of our communities feel about this question.

I am delighted to have my right hon. Friend the Member for Tottenham (Mr Lammy) on the Bench next to me, because he has taken such a brave stance over the last eight months on this question. Anyone who reads his Twitter feed will see that he has received the most enormous abuse, which has been uncomfortable for those of us who care deeply about race relations, particularly in London and around.

I would also like to talk about the way in which we have come to this decision-making process. Many of us came into the House through local government. As a council leader, if I had tried to bring forward a decision in my council on the basis of a speech and a couple of letters to the local newspaper, my councillors would have hounded me out of the council room, and they would have been quite right. Indeed, the chair of my Labour group and secretary would have been hammering me, so I feel that we have not questioned enough, including internally, within the governing majority party. Despite our best efforts from the Front Benches of other parties, I feel that we have simply not had the numbers to hold the Government to account on crucial votes. That is a cause of great regret.

I want briefly to talk about the economy. We know that the statistics are not quite there yet, but household debt is up 13% in the last 12 months. We also know that our currency is dropping. The dropping of the currency is an external assessment of our economy, which is a cause for concern as well. We know that when the economy declines, it is not the well-off communities that are affected, but the poorer ones.

Mr Farage famously said: “I think the social side of this matters more than pure market economics,” admitting that being poorer could be the result of leaving the European Union. Somehow, I suspect that poverty will not apply to Mr Farage, who does not look as though he is getting any poorer.

I want briefly to return to a point that the right hon. Member for Chingford and Woodford Green (Mr Duncan Smith) made earlier in the debate about Mr Spinelli, who wrote about the rise of nationalism. I believe this is a cause for concern. One hundred years ago, my great-uncle died at Passchendaele. When I take my children to see his grave and try to explain why he died and what he died for, I talk about values such as liberty and trying to work with people whom we do not get on with, and I think back to the years of peace and prosperity that we have had. We are in a really dangerous place internationally, and I worry about our realignment with the US, a country that is perhaps not as open to free trade right now as we would like it to be, or to different ideas or the different people who make up this incredible globe.

I want to express my fear and concern that leaving the European Union may also lead to a poorer future, not just for jobs and the economy, and not just because ?sterling is going down, but because we are making this decision for young people. Many of us here voted twice on whether 16 to 18-year-olds should have had the right to participate in the referendum. Sadly, we were defeated twice, despite the advice from the other place. I think that is a terrible pity, because I feel that they think we are slamming the door on their future. I am also a strong Unionist, and I feel sad because I think this will have a detrimental effect on Scotland, Wales and Northern Ireland. There are a great many questions there that have not been answered. We have not been given any information, and we have not been brought in on this wonderful secret negotiation that is happening. I do not feel ready to trust.

The best power that I can use is my vote. When tomorrow comes, I shall not vote to support Second Reading, because I think this is the only way to make the Government listen to the concerns that many of us hold, and hold very dearly. It is not just about jobs and the economy; it is about our children and our grandchildren, and about peace and prosperity.”