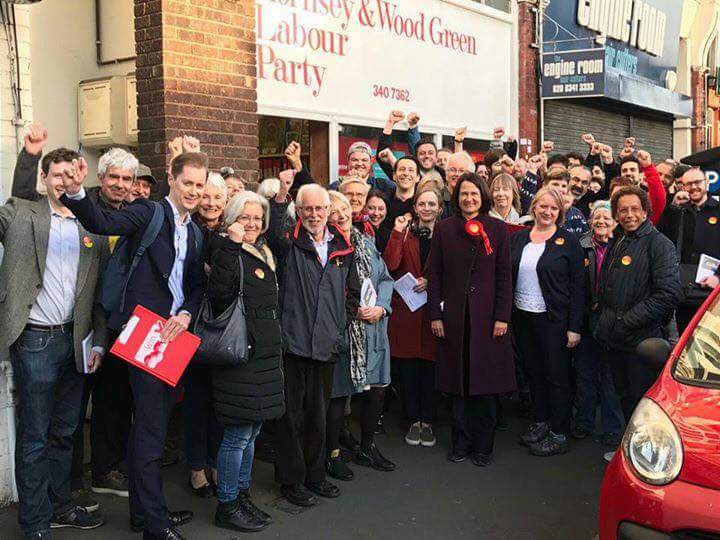 Today Parliament voted in favour of an early General Election. I welcome the opportunity to highlight the gross failings of the Conservative government since 2015 and their Lib Dem partners in the coalition.

Our country has been let down repeatedly by an ideologically driven government which has made ruthless and reckless decisions. Our NHS is on its knees, our schools are at risk of financial collapse and our economy works for a privileged few.

Meanwhile, inflation is rising, wages barely growing and insecure jobs are on the up. This Tory government has made the economy worse with inequality and rising poverty the norm.

This is a Conservative government that is freezing in-work benefits, making trade deals with dictators and neglecting human rights. Theresa May has allowed the far-right of her party to highjack the Brexit negotiations and force the hardest possible exit from Europe. This will have devastating consequences on us all, despite 48 per cent of people voting to Remain and many MPs, including myself, not voting to trigger Article 50.

Yesterday Theresa May also showed that she has put her own political ambition above the people of our country. This is a Prime Minister who should be focussing on negotiating with the EU but is more preoccupied with her party than the country, who will use the snap General Election to move the UK to the right and impose ever more austerity.

It is simply a cynical move by Theresa May, who is concerned that her agenda will not pass.

Labour is clear: the Conservatives, and before them the Lib-Dem-Conversative coalition, have let people down. The bedroom tax still hurts a great number of people, astronomical student fees impoverish our graduates and social mobility is now in a downward spiral.

Yet while Theresa May is being opportunistic, Labour’s challenge to the Tory vision of Britain in this election begins today. Our campaign will be based on values of social justice, an economy for everyone and an NHS that is properly funded. A Labour government will make sure that everyone is given a chance in life with a fair and properly funded education system, building a society where everyone has a stake in a fairer, more prosperous Britain.