Brexit: How Labour can respond

My article for Chartist. 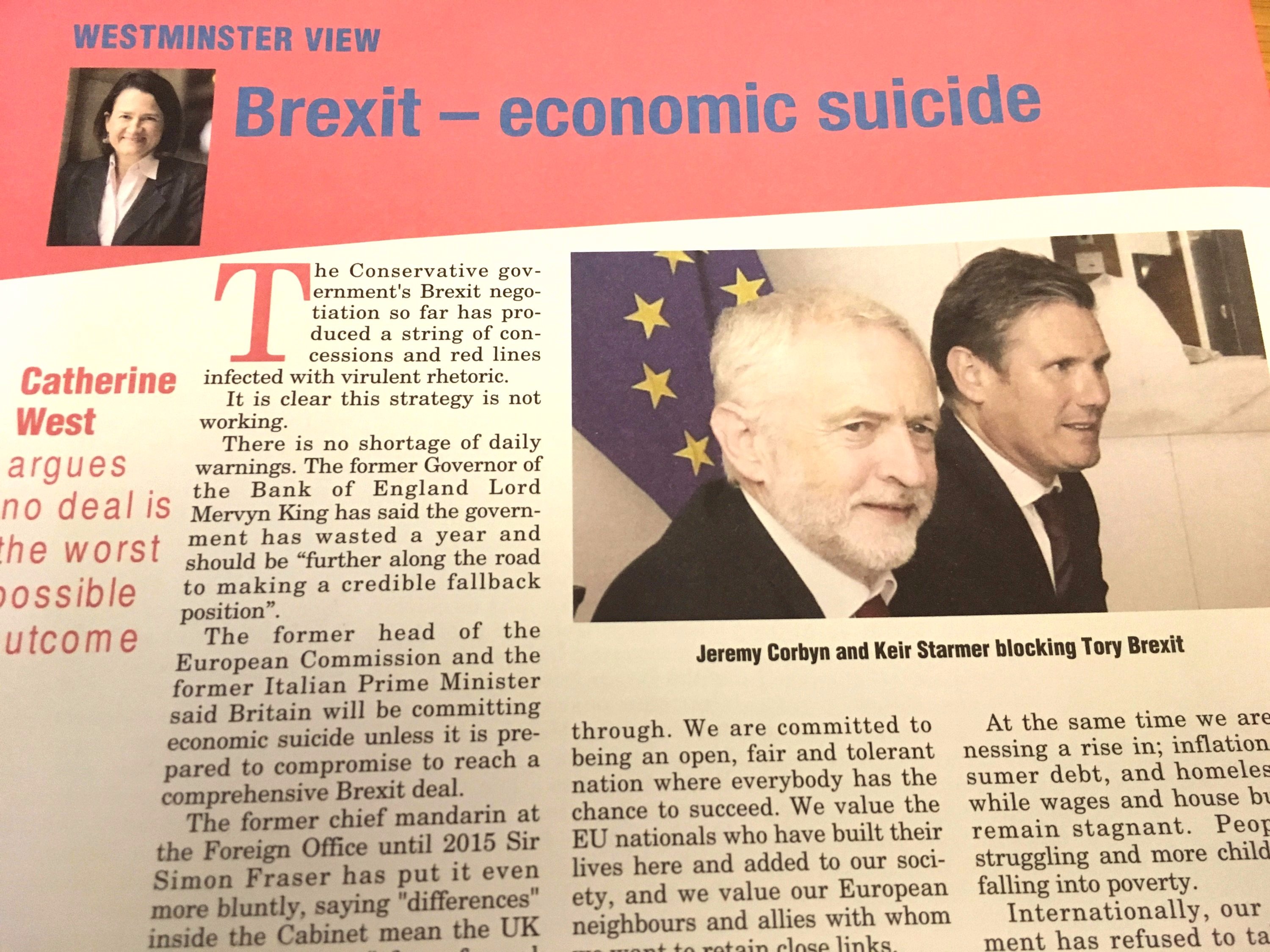 The Conservative government’s Brexit negotiation so far has produced a string of concessions and red lines infected with virulent rhetoric.

It is clear this strategy is not working.

Indeed a slew of warnings are being made almost daily. Former Governor of the Bank of England Lord Mervyn King has said the government has wasted a year and should be “further along the road to making a credible fallback position”.

Former head of the European Commission and former Italian Prime Minister said Britain will be committing economic suicide unless it is prepared to compromise to reach a comprehensive Brexit deal.

And former chief mandarin at the Foreign Office until 2015 Sir Simon Fraser has put it even more bluntly, saying “differences” inside the Cabinet mean the UK has been “absent” from formal negotiations. “The negotiations have only just begun, I don’t think they have begun particularly promisingly, frankly, on the British side,” he said.

Against this backdrop we are led by a Prime Minister who continues to state that “no deal is better than a bad deal”, when no deal is in fact the worst possible deal.

As a strong remain campaigner representing Hornsey & Wood Green, the constituency with the highest Remain vote in the country, I believe the EU provides a huge range of benefits: for workers and business; in defence and foreign policy; from energy to education. It is for these reasons that I voted not to trigger Article 50 and why I backed an amendment in the Queen’s Speech to keep membership of the Single Market on the table.

This is because Labour is an internationalist party through-and-through. We are committed to being an open, fair and tolerant nation where everybody has the chance to succeed. We value the EU nationals who have built their lives here and added to our society and our European neighbours and allies with whom we want to retain close links.

Take the stark comparison with the Conservative Party at current. The Cabinet row over free movement is but one argument being had. In recent weeks there have been equally hostile battles being played out over the UK’s divorce bill, while many are equally as dismayed over what to do about the rights of EU citizens in the UK.

Further on, the border in Northern Ireland has scarcely been mentioned as of yet and despite a deluge of warnings from industry groups we know discussions on trade have not even started yet.

Labour’s task is to unite and challenge this at all times, putting forward our programme that would see Brexit negotiations in which people, workers, jobs and the environment are put first, a vision where our economic, educational and security collaborations are protected.

But equally as challenging is the need to focus our attention at home. Naturally, with a seismic event such as Brexit, all eyes are on Brexit Secretary David Davis and the EU’s chief negotiator Michel Barnier.

Yet right now we have an education system under extreme stress, our National Health Service is close to breaking point and our police are not being given the resources to protect us.

At the same time inflation is rising, outstripping wage growth so that people are struggling to get and consumer debt to rise to concerning levels. Homelessness is on the rise while housebuilding remains stagnant and more children are falling into poverty.

Internationally, our government has refused to take more than a few hundred lone refugee children, reneging on its own commitment and leaving them vulnerable to human traffickers.

This situation is unacceptable. That is why Labour has already put forward an incredibly popular and ambitious programme to challenge these ills and put fairness back into the heart of how we make policy decisions.

What concerns Labour MPs is the government may either use Brexit as an excuse not to challenge these problems head-on, as indicated in the unambitious Queen’s Speech with a small number of bills that suggested the Conservatives had run out of ideas.

Alternatively, but equally worrying, is that the government may attempt to push through changes and legislation without proper parliamentary scrutiny under the same guise.

In either case, it is the job of Labour MPs, but also councillors, members and supporters, to unite and challenge the current course.

At such a pivotal time in global politics, we must make sure we get our negotiations right with the EU. But we must not let that distract from fighting disastrous domestic policy decision that will also come back to haunt us in the years to come.