The UK should open its doors to international students 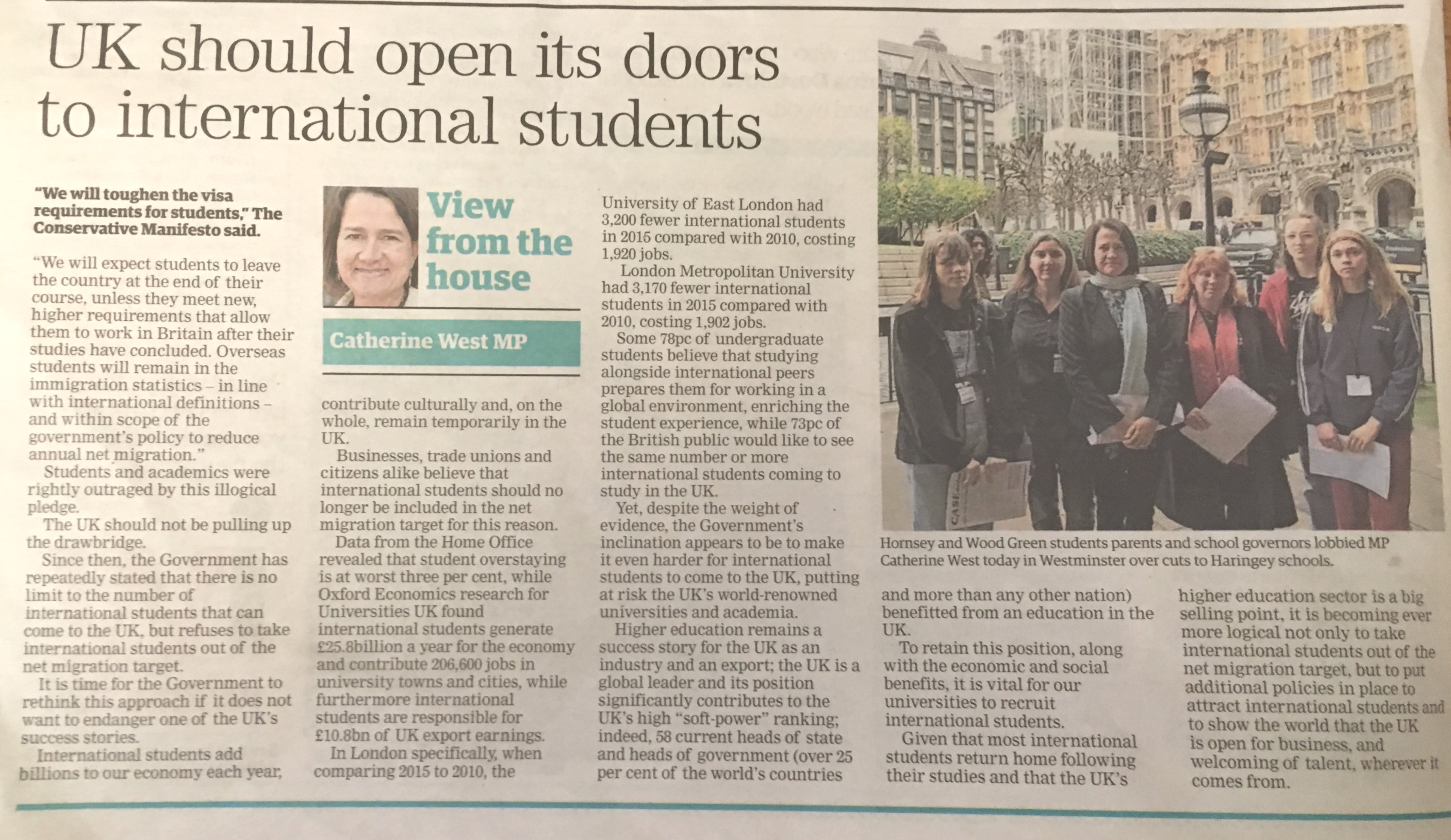 “We will toughen the visa requirements for students,” The Conservative Manifesto said.

“We will expect students to leave the country at the end of their course, unless they meet new, higher requirements that allow them to work in Britain after their studies have concluded. Overseas students will remain in the immigration statistics -; in line with international definitions -; and within scope of the government’s policy to reduce annual net migration.”

Students and academics were rightly outraged by this illogical pledge. The UK should not be pulling up the drawbridge.

It is time for the Government to rethink this approach if it does not want to endanger one of the UK’s success stories.

International students add billions to our economy each year, contribute culturally and, on the whole, remain temporarily in the UK. Businesses, trade unions and citizens alike believe that international students should no longer be included in the net migration target for this reason.

Data from the Home Office revealed that student overstaying is at worst three per cent, while Oxford Economics research for Universities UK found international students generate £25.8 billion a year for the economy and contribute 206,600 jobs in university towns and cities, while furthermore international students are responsible for £10.8 billion of UK export earnings.

Some 78 per cent of undergraduate students believe that studying alongside international peers prepares them for working in a global environment, enriching the student experience, while 73 per cent of the British public would like to see the same number or more international students coming to study in the UK.

Yet, despite the weight of evidence, the Government’s inclination appears to be to make it even harder for international students to come to the UK, putting at risk the UK’s world-renowned universities and academia.

Higher education remains a success story for the UK as an industry and an export; the UK is a global leader and its position significantly contributes to the UK’s high “soft-power” ranking; indeed, 58 current heads of state and heads of government (over 25 per cent of the world’s countries and more than any other nation) benefitted from an education in the UK. To retain this position, along with the economic and social benefits, it is vital for our universities to recruit international students.