Standing up for junior doctors 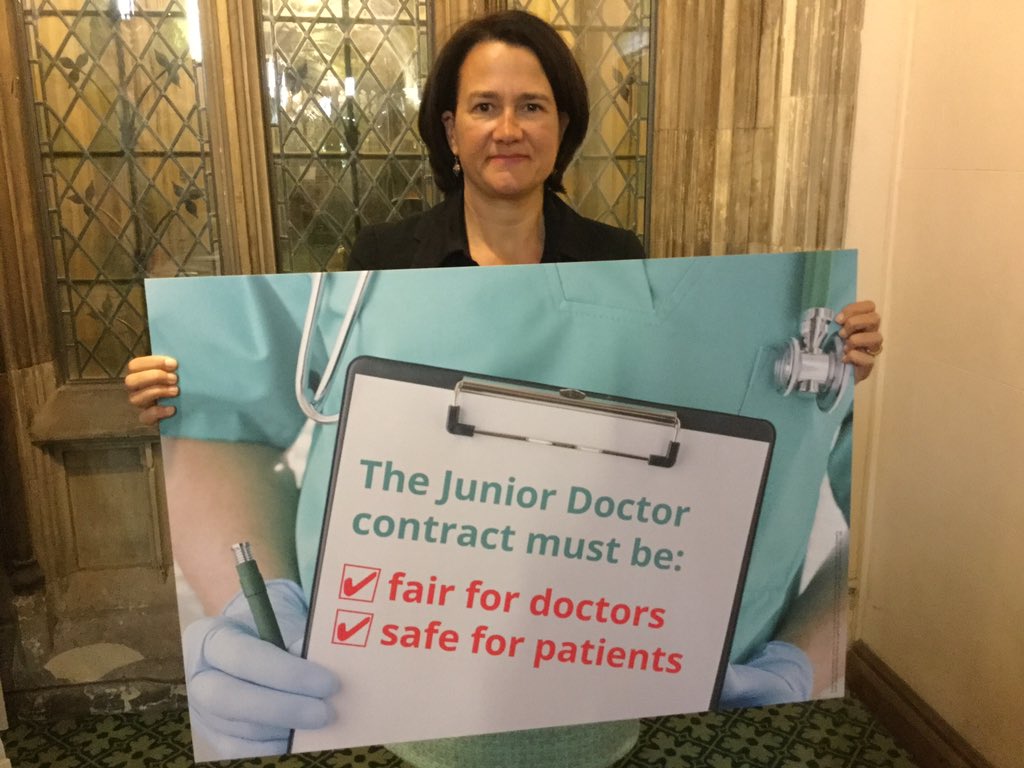 Here’s my column for the Ham & High on why I’m appalled at this government’s inept handling of the junior doctor contract negotiations:

When people decide to become a doctor they don’t expect it to be easy. Years of study, huge student debts, anti-social working hours and the pressure of knowing the decisions they make every day can be the difference between life and death. But they’ve a right to expect that their training and dedication will be valued and appreciated by the Government.

It certainly should be. Our National Health Service needs more doctors, not fewer, and when we or our loved ones get sick we all want the comfort of knowing the brightest and best are providing their care.

So it’s desperately sad that the Conservative Secretary of State for Health Jeremy Hunt MP seems determined to sabotage that relationship with his shambolic handling of the junior doctor contract negotiations. The British Medical Association have described the proposed contract as ‘unsafe and unfair’, junior doctors are balloting for strike action for the first time in their history and Hunt’s own Tory colleague, ex-health minister Dr Dan Poulter has spoken out against the plans saying that ‘excessive working hours’ could ‘compromise patient safety. There is a real risk of these ill-conceived proposals taking us back to the bad old days of overworked doctors, too exhausted to provide safe patient care.

Lots of local doctors have contacted me with their fears. One told me they had £40,000 of student debt and after six years of training were just starting out on a salary of £22,600. They said that the reclassification of ‘social hours’ would see them lose around 30% of their salary and leave them struggling to pay their rent and bills. Another local resident told me that both he and his wife are junior doctors and they have two young children. The new contract would see their income fall by 20% and would likely mean one of them having to leave their job because they could no longer afford the childcare.

It’s a mess and all too indicative of this Government’s approach to our precious NHS. First wasting millions on an unnecessary top down reorganisation, then making staff and patients pay the price of their own financial mismanagement. We’re already in the middle of a workforce crisis, so the last thing we need is more doctors leaving. Yet in just three days last month 1,644 physicians registered with the General Medical Council for the certificates they need to work overseas. Normally, they only receive around 20 applications a day.

I have written to Jeremy Hunt urging him to withdraw the threat of imposing these new contracts and re-engage with a meaningful dialogue with the British Medical Association and NHS staff. This Government has got to accept that compromise is necessary to reach a fair settlement and come forward with a much better deal that shows our dedicated doctors are supported and valued and that patient safety is not put at risk. It’s not right to ask hard-working NHS staff to do more and get paid less.