Driving Transparency: the urgent need to address the Overseas Territories’ shroud of secrecy 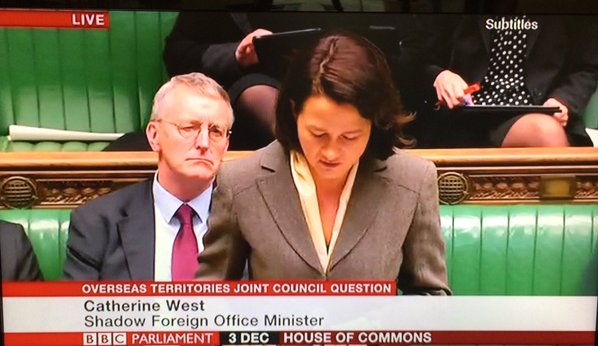 Google’s derisory tax deal and the news that the Tories have been lobbying the EU for the tax haven of Bermuda to be taken off an official blacklist does make it easy to believe there’s one rule for us and another for George Osborne’s mates. Google have amassed £30 billion of profit from non-US sales in Bermuda, yet apparently Treasury ministers have said they’re “strongly opposed” to any sanctions on this overseas territory.

As Shadow Foreign Office Minister, the overseas territories come under my brief and in December I spoke out in Parliament about the need for more action to tackle tax evasion and money laundering there. http://www.publications.parliament.uk/pa/cm201516/cmhansrd/cm151203/debtext/151203-0001.htm#15120362000969

Most developing countries remain outside these new commitments to exchange information, and both the UK and the Territories can -; and must – do to help bring them in. A clear commitment to provide information to developing countries on a temporary non-reciprocal basis would help improve transparency, as would producing statistics on the source of assets in our financial institutions. That would be something to celebrate. All the world’s major financial centres have agreed to improve standards as the Overseas Territories on information exchange. As the G20 have made clear, it’s the new global standard, we should expect nothing less from our Overseas Territories.

Yet Anguilla, Turks & Caicos, Bermuda, Cayman, British Virgin Islands: none seem inclined to change their position at all, despite a watering down of the Prime Minister’s initial demands. Instead of demanding public registers – as the Prime Minister once advocated -; the Foreign & Commonwealth Office has now devised three tests for the Territories regimes to meet: that the authorities can access company ownership information without restriction, that it is possible to quickly identify all companies which a particular person has a stake in, and that neither the companies nor their owners are tipped off.

All these measures are good, but they are the minimum that should be done. This Government is responsible for good governance in these territories, not for minimal standard of compliance. There is a real lack of ambition in addressing this persisting lack of transparency. At a time of tough fiscal constraint at home, a more ambitious approach is crucial in clamping down on potential fraud and corruption in the Overseas Territories.

The outcry over the Google deal revealed once more the public’s disgust for major multinationals not paying a fair rate of tax like everyone else. When will the Government match the public’s desire for fairness and make sure our overseas territories have world-leading standards -; not be world leaders in enabling corruption and tax evasion?