We should be doing more to help child refugees

Here’s my article on the refugee crisis for the latest issue of the Muswell Hill Flyer. 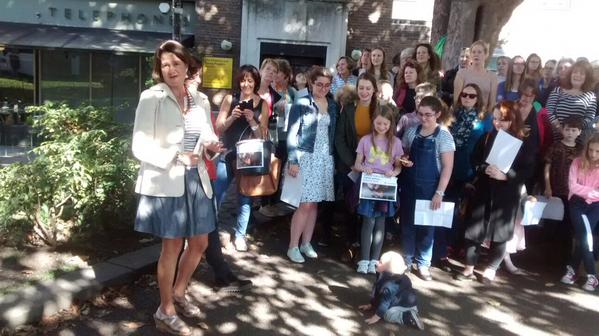 As yet another winter draws in, the desperate living conditions for those living in the Calais “Jungle” refugee camp, many hundreds of whom are children, have deteriorated yet further. A lack of sanitation, violence and squalor are now combined with sub-zero temperatures. Nobody should have to live like that -; least of all children.

I believe our Government should be doing much more to help and am ashamed at the glacial speed of their response to the situation right on our own doorstep. As your MP, I wholeheartedly supported the “Dubs amendment” five months ago calling for the UK to act decisively and quickly to give security and sanctuary to 3,000 lone child refugees”

Yet, five months on, there are still over 1,000 unaccompanied children and teenagers currently living in the “Jungle”, with Citizens UK identifying at least 387 of these as having a legal right to sanctuary in the UK -; 178 because of their close family links and a further 209 who are unaccompanied and eligible under an amendment to the Immigration Act

The Home Office has the paperwork for them all. So why are these children, who have already lived through unspeakable horrors, having to wait weeks and months to receive the help they so urgently need? These unnecessary delays are leading desperate young people to take matters into their own hands and, in September, a 14-year-old boy lost his life on a French motorway whilst trying to make the journey from Calais to the UK. That’s despite the fact he had family in the UK and the legal right to come here.

As I write this, the demolition of the “Jungle” camp’s by French authorities is imminent. Last time there was a partial camp clearance, over 100 children disappeared in the chaos that followed. We know how vulnerable unaccompanied migrant children are to trafficking, sexual exploitation and other forms of abuse so it would be a shameful dereliction of our moral duty as a nation if we allowed yet more young people to disappear -; or lose their lives trying to reach the UK – because of bureaucratic inefficiency, or even worse – Government reluctance.

In the recent urgent opposition day debate in Parliament, the new Home Secretary Amber Rudd made the right noises about getting things moving, but until warm words are backed up with specific details of scale and timetable, it will mean very little for the desperate children trapped in limbo.

Thousands of constituents have written to me to express their disgust at their Government’s inertia in the face of this deepening humanitarian crisis, and many hundreds turned up when I spoke alongside Yvette Cooper, Chair of Labour’s Refugee Taskforce, at a local meeting back in January.

I’ve now invited Lord Alf Dubs to speak at a meeting in our constituency on Thursday 8 December. Venue details will be on my website at www.catherinewest.org.uk as soon as they are available

As one of the world’s richest nations, we should be taking leadership -; not turning our backs.