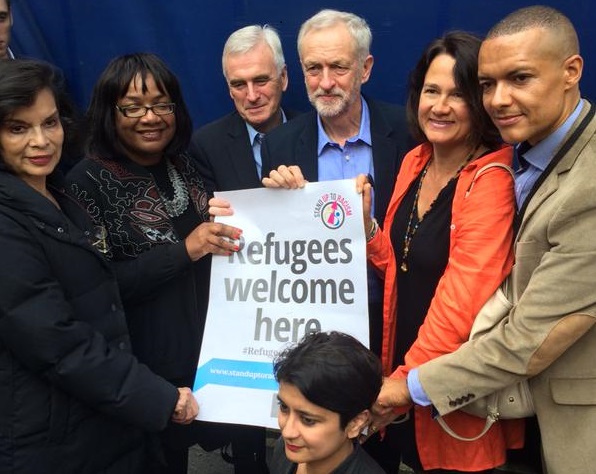 This is what it has come to: young asylum seekers and refugees are now having to beg the government not to turn their backs on desperate children.

“We are the lucky ones – the ones that got here safely. And each of us has a voice. We use our voice now to say this: please don’t put the lives of young refugees like us at risk,” they plead to the Prime Minister.

Earlier this month, Home Secretary Amber Rudd sneaked out the shameful news that the government is ending the UK’s commitment to helping unaccompanied child refugees. So now, ministers are putting “the lives of young refugees like us” at risk, the letter reads.

What these children are asking for is that the government stands up to its pledge of helping 3,000 children – under five per each constituency. As it stands, the government is saying the UK can only afford to take in 350 children.

After the Calais camp was demolished last year, 200 children were brought here under Section 67 of the Immigration Act, the Dubs Amendment, a law that passed only after widespread public support was mobilised in a national campaign to strong arm the government. Just 900 children have arrived in total.

But there are right now 25,000 in refugee camps in Greece, recovering from a freezing winter, with deteriorating mental and physical health, forced to sleep in the streets as centres helping children are full. How many of these children have we helped? Seven. None of these was under Section 67. The situation in Italy is the same.

This is a national embarrassment for us all. In the midst of World War Two, 10,000 Jewish and other children were rescued from Germany, Austria and Czechoslovakia. Is the country so much poorer now than then?

The result of inaction is stark: Europol estimates 10,000 children have disappeared from Europe, with many thought to have fallen into the hands of traffickers who will turn them into modern-day slaves. Despite the risks, as European governments look forward to elections, they are poised to fend off anti-immigration parties by hardening their stance on refugees. It is therefore more important than ever that the UK, which has a long and proud tradition of helping refugees and those seeking asylum, takes a lead.

By failing to protect vulnerable child refugees, the UK is fuelling illegal immigration and exacerbating human suffering. If children do not have safe routes to the UK, they will end up in the hands of traffickers and smugglers, hell-bent on using them for sexual exploitation and other forms of abuse.

“Many of us have been traded like cattle between groups of smugglers on our journeys. Many of us boarded over-filled rubber boats to get here. Many of us know someone who died on the journey,” the letter continues.

But as it stands leading charities and NGOs that I’ve spoken to are scared. In the words of one: “Our main concern is that the UK thinks its role is done in the response to the refugee and migrant crisis in Europe – there is much more to be done.”

This is not what British people want. In my own constituency thousands of people have written to me to express their disgust at their Government’s inertia in the face of this deepening humanitarian crisis.

Despite that, everywhere you seem to look doors are being shut to refugees. Our country can do better.