My week in Parliament 18-24 January 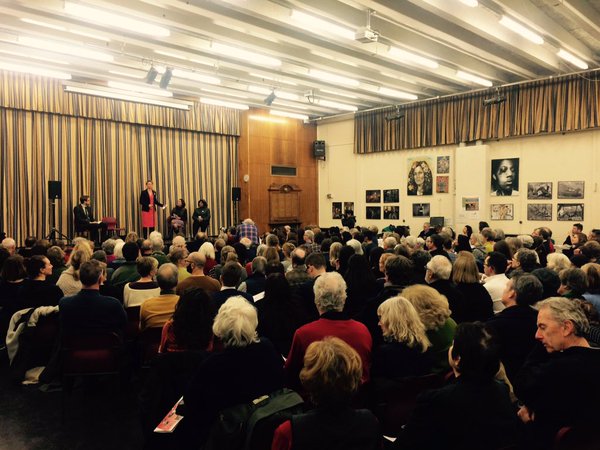 Since 2010, first under the Coalition Government and now under a Conservative Government, we’ve seen young people coming under sustained attack. Scrapping Educational Maintenance Allowance, tripling tuition fees, downgrading apprenticeships and this week trying to sneak through a decision (that wasn’t in the Tory manifesto) to scrap student maintenance grants and replace them with loans. Thousands of young people from low-income families rely on these grants to pay their rent and bills, buy food and study materials. They’re particularly important in London where the cost of living is so high. This week, Labour forced a debate and vote on the issue on the floor of the House of Commons and I joined my colleagues to vote against them being scrapped. Sadly, we were unsuccessful.

I welcomed a group of bright, enthusiastic students from Hornsey College for a tour of Parliament this week. I’m saddened that thanks to this Conservative Government talented young people from low income families will now be saddled with even more debt when they leave university. I fear some may decide not to go in the first place.

In the Commons on Tuesday, I questioned the Chief Secretary to the Treasury on the steps his department is taking to support and develop manufacturing industry across the UK. I have real concerns following news from the Independent Office for Budget Responsibility that the Government is set to miss its target to double exports by a massive £350 billion. It’s essential this Government is held to account for their inaction on vital industrial development.

I was staggered to discover this week that hard working temporary staff in Parliament’s restaurants don’t receive any of the tips left on debit or credit cards. Parliament has rightly been quick to criticise national restaurant chains doing similar things so we need to do everything we can to get our own house in order. I’m pleased that since I publicly raised the issue, officials have promised a review of the system. It’s got to be changed so it’s fair on all the waiting staff.

In the constituency, I chaired an excellent meeting on the refugee crisis organised by Fortis Green Labour Party. Speaking alongside Yvette Cooper MP, Jonathan Featonby (from the Refugee Council) and refugee ‘Elsie’, it was a fantastic event with over 200 people turning up to find out what they could do to help.

I held a busy advice surgery at Wood Green Library on Friday morning and this week reached the milestone of helping with 1,000 individual cases since my election. Housing remains one of the issues people raise with me the most, but this week I’ve started to hear from people concerned about plans to sell off Muswell Hill and Crouch End Post Offices. I share these concerns and have called an urgent meeting with Post Offices bosses and launched a petition here to protect these vital services.

Haringey Council are consulting on introducing George Osborne’s 2 per cent council tax precept to go towards adult social care. It would raise only a tiny fraction of the money these precious services need following five years of massive Government cuts. Nevertheless, in these difficult financial times it could create a good fund for adult social care over a long period of time. This week, I formally responded to the consultation to say that I support the introduction of the precept.