My week in Parliament 9-15 November 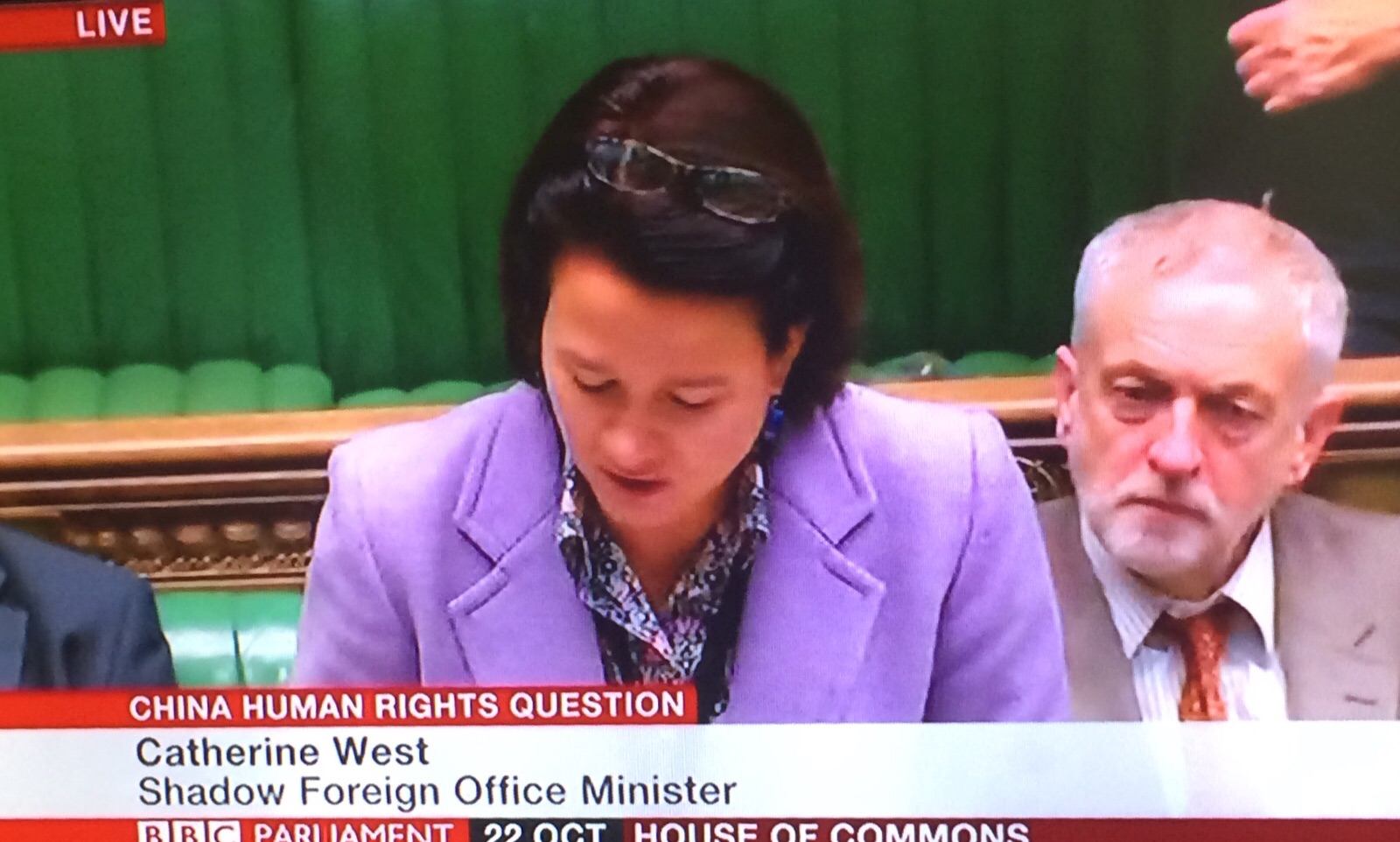 Despite Labour’s opposition, the Trade Union Bill passed its final reading on Monday and will soon become law. It was an extremely disappointing start to the week and yet another reminder that we need a Labour Government back in power to prevent our rights at work being rolled back. Much as we saw in the tax credit debate, this shabby bill is an attack on working people -; a point I made in my intervention in Parliament.

In my role as Shadow Foreign Office Minister, I took part in a Westminster Hall debate on the work of the British Council. This summer I was privileged to take part in a British Council trip for new members to Pakistan and see some of their work first-hand. I spoke about that visit in my speech together with my experiences back in 1996 when I was teaching English in Nanjing and was first introduced to British Council teachers. You can read my speech here.

Parliament only sat for the first half of the week which meant I was able to spend an enjoyable few days out and about in the constituency. On Wednesday I met the Haringey Community Centres Network, joined sixth formers at Greig City Academy for a Q&A and stopped by for coffee at the Dementia friendly café run by Hornsey Housing Trust and the Alzheimer’s Society at Abyssinia Court. The group meets every Wednesday providing people with dementia, their families and carers an opportunity to talk openly within a relaxed and informal environment. Groups like these are so important and really appreciated by those who use them.

The rest of the week included visits to Wolves Lane Garden Centre, St Paul’s Catholic Primary School to open their fantastic new Paddington Bear book bench and meet some of the pupils and a delicious lunch at the Cypriot Community Centre in Wood Green. I also spent an interesting afternoon at London Concrete in Hornsey, finding out more about their work and discussing their apprenticeship opportunities for local people.

As well as my regular busy advice surgery at Wood Green Library on Friday, I held an evening pop-up surgery at Muswell Hill Synagogue and I was back at the synagogue on Saturday for their fourth annual civic service. Taking place the morning after the appalling attacks in Paris, Rabbi Mason’s sermon on community cohesion and compassion for Syrian refugees fleeing the barbarism of ISIS was particularly poignant.

Over recent months lots of people have contacted me about the future of Hornsey Town Hall. I’ve always said that I’m a strong supporter of a long-term future for the site that sustains the vibrant arts scene and that I’d like to see a not-for-profit organisation, like a housing association, take on the development. I was pleased to speak at the Hornsey Town Hall Appreciation Society public meeting on Sunday to re-emphasize my support for their campaign.

Finally, the news this week that the Department for Communities and Local Government has jumped to be one of the first to accept George Osborne’s massive cuts of 30% over the next four years doesn’t fill me with confidence about the upcoming settlement for local councils. Here’s my letter, published in The Guardian on Wednesday, on why under this Government essential local services are under real threat. 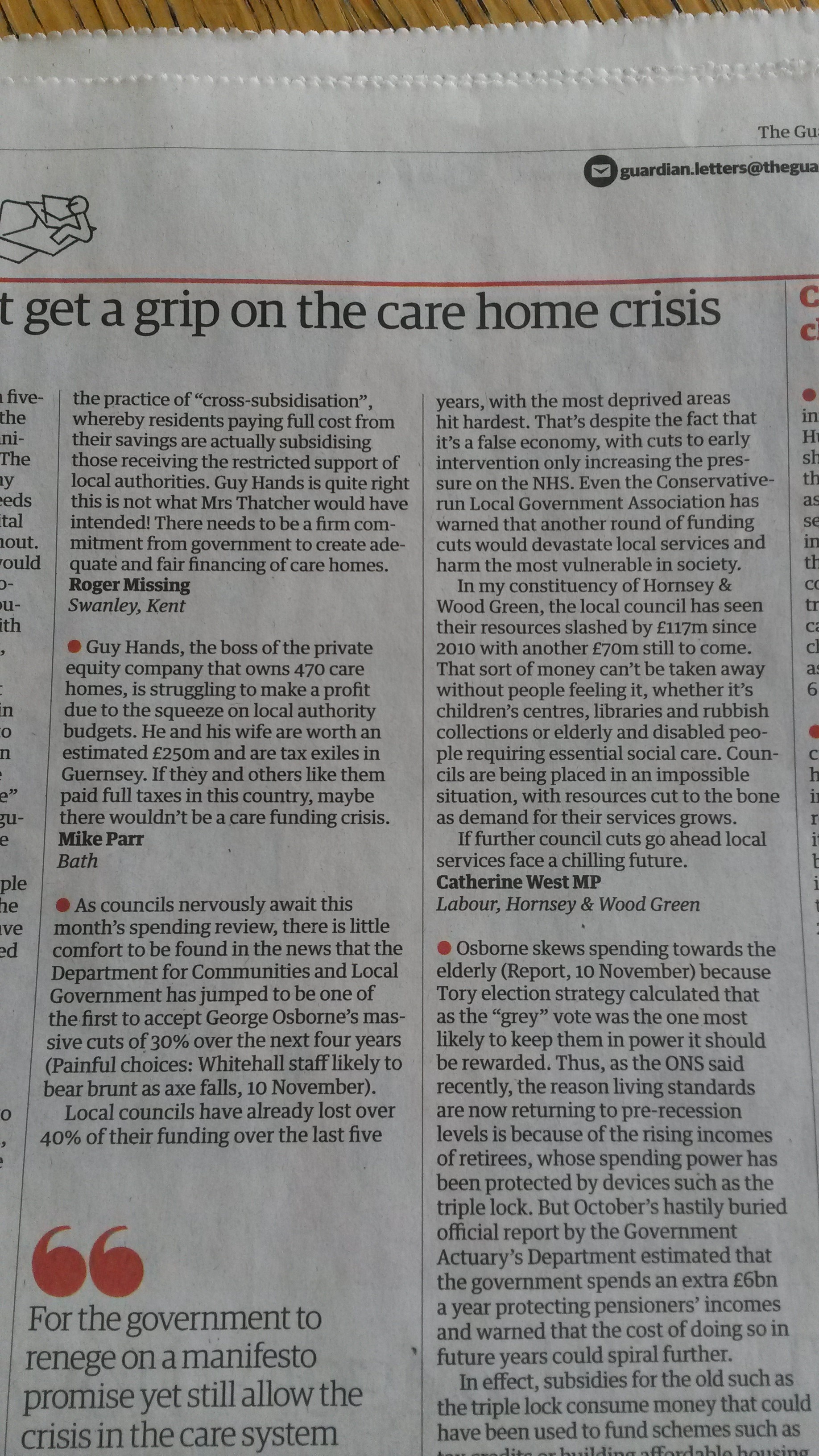