My week in Parliament 23-29 November 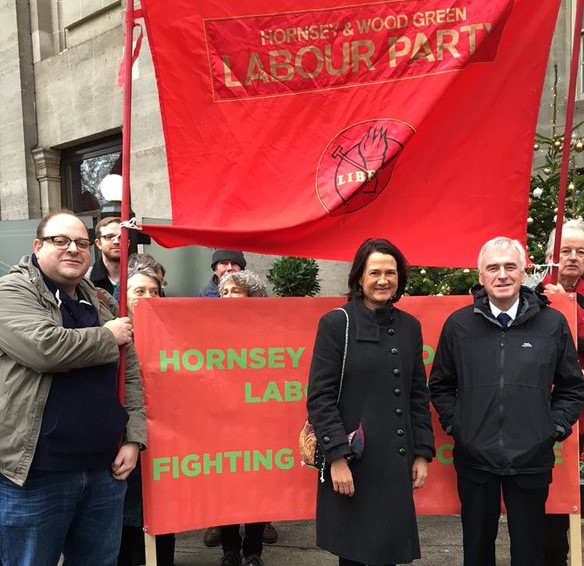 On a wet and windy Sunday, I joined lots of Hornsey & Wood Green residents at the Climate Change March showing international solidarity for climate justice on the eve of the crucial Paris talks. London’s event was just one of many taking place across the world to call on governments to push for an ambitious agreement on climate change. It’s the best opportunity in years to develop a new international agreement that covers all countries and curbs global warming. We can’t let the opportunity be squandered, not least because it is the poorest that are most affected by extremes of weather and if we don’t take tough action now we risk wiping out the progress made in reducing global poverty in recent years. Here’s an article I wrote recently on this subject.

The week in Parliament was inevitably dominated by the Spending Review and the Prime Minister setting out his case to Parliament for bombing Isil targets in Syria. I have been contacted by well over a thousand constituents in the past few days about the situation in Syria and overwhelmingly people don’t feel the case has been made. I’ve written a separate post here and eagerly await the Government’s motion on Syria expected this week.

The fears I set out in my Guardian letter about further cuts to local government proved to be all too accurate in George Osborne’s spending review. I was in the Chamber on Wednesday to hear him set out proposals that will yet again see local councils face deeper cuts than the rest of the public sector. On Friday I met with Haringey’s Council Leader and discussed the Chancellor’s proposal that local authorities be allowed to raise council tax by 2% to fund social care. If implemented, this could create a good fund for adult social care over a long period of time.  Whilst this resource would be very valuable, even if every council in London did this it would only raise £55 million yet social care is facing cuts of £900 million across the capital. So, it’s not even a sticking plaster for the real problems the sector faces.

I am pleased George Osborne bowed to Labour pressure and rowed back on his unfair tax credit cuts but his u-turn still leaves many working people worse off. He is taking £1 billion from working families next year and over £3 billion by the end of the Parliament. Despite pledging to eradicate the deficit by now, borrowing is set to reach £73.5 billion this year. I’m particularly concerned about what his proposed changes to schools funding will mean for inner-city areas like ours because it is essential we don’t see money taken away from our schools. I’ll be raising questions in Parliament about what this might mean for Hornsey & Wood Green.

Wednesday also marked the United Nations Day for the Elimination of Violence against Women. The recent crime survey for England and Wales shows not only a worrying increase in reports of sexual assaults, but also that women are far more likely than men to experience this type of crime. In 2014-15 the Metropolitan Police received 4,770 reports of sexual assaults on women, compared to 440 against men. Much more has to be done to tackle the problem and I am very concerned that further Government cuts to the police and vital domestic violence services only makes it more difficult for women to get the help they need. Of the £16 billion in the Government’s welfare and tax cuts a shocking £12 billion is coming from women, despite the fact that women still earn less and own less than men.

I met with the Commissioner of the Metropolitan Police, Sir Bernard Hogan-Howe, on Monday night and discussed knife and gun crime as well as the unsolved murder of Erdogan Guzel in summer 2015.

Back in the constituency, I had the honour of presenting awards at the St Thomas More Catholic School prize giving. I also held two busy advice surgeries at Wood Green Library and the Asian Centre.

These blogs are just a snapshot of some of the things I’m doing each week. Remember you can view all my questions, debate and Westminster Hall contributions on my website at http://catherinewest-labourclp97.nationbuilder.com/in_parliament