My week in Parliament 30 November – 6 December 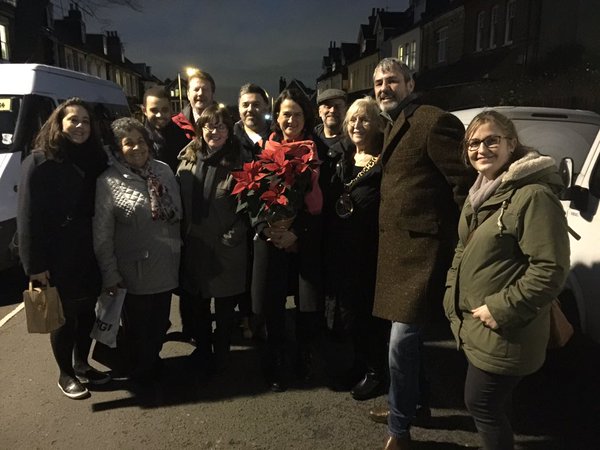 Tragically, a young man was murdered in my constituency on Tuesday evening only a few short days after I spoke to the Commissioner of the Metropolitan Police about the problem of knife and gun crime on our streets. This appalling event has caused understandable distress and fear in the local community and I have written to the Commissioner and offered my full support to Haringey Police as they carry out their investigations. I welcome the news that two people have been charged and await court appearances. I am holding a special drop-in advice surgery at Haringey MIND at 5.30pm on Thursday 10 December for any local Stroud Green residents who want to talk to me about crime and safety concerns.

In Parliament, the vote on Syria dominated the week and I have written a separate blog here on why I made the decision to vote against air strikes. I am sorry that the vote was passed despite the opposition of the vast majority of Labour MPs and Shadow Cabinet members.

Since the attacks in Paris, we have seen an unwelcome rise in Islamophobia across our city including an arson attempt at Finsbury Park mosque. I was at the mosque on Friday night to speak alongside Jeremy Corbyn at their vigil against Islamophobia and racism. Terrorists use violence as an attempt to divide our communities and it is absolutely essential that we stand united against any who try to stir up hate.

As Shadow Foreign Office Minister, I spoke out in Westminster Hall about the need for tough action to be taken on overseas territories being used for money laundering, corruption and tax evasion after an urgent question was granted. There is real public concern that companies are hiding profits via secret financial arrangements and loopholes. Progress has been made but a shroud of secrecy continues to surround the statuses and interest of companies headquartered in the Overseas Territories. You can read my intervention here.

I marked World Aids Day on 1 December with an article for Gay Times on how scientists are beating HIV but they need our help.

On Thursday, I attended the Inaugural Meeting of the All Party Parliamentary Group for Alevis. There are over 300,000 Turkish and Kurdish speaking Alevis in the UK, with many living in our community, so I’m delighted that this APPG has been set up and look forward to being a member.

Back in the constituency, the festive season has well and truly started and I’ve been out and about in Wood Green, at the Haringey Menorah lighting in Priory Road, Myddleton Road Christmas Festival with Haringey’s Mayor and actor Neil Morrissey and the Christmas lights switch-on in Crouch End. One of the highlights of the weekend was judging the cake competition at Coldfall School Winter Fair!

I was also delighted to welcome the Shadow Small Business Minister Bill Esterson MP to visit some of our fantastic businesses in Stroud Green including Hettie Holland and The Deli at 80 to mark #SmallBusinessSaturday.