My week in Parliament 7-13 December 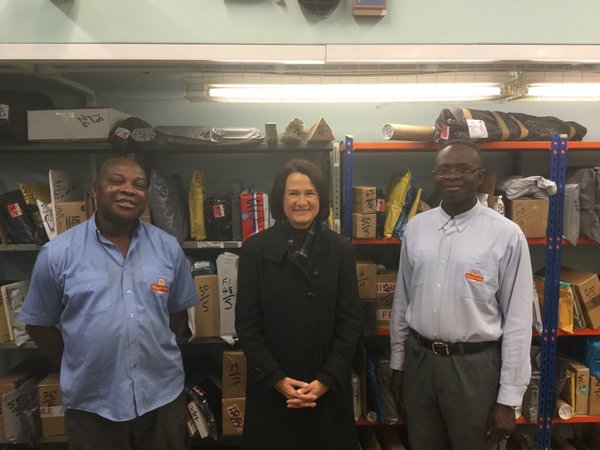 In Parliament this week, I attended and spoke out in the Westminster Hall debate on our declining bee population. I have serious concerns about the use of neonicotinoid pesticides as they pose an unacceptable danger to bees and have written to Elizabeth Truss, Secretary of State for Environment, Food and Rural Affairs. I believe the Government should reject calls from the National Farmers Union to lift the ban on using these chemicals.

I’ve received many hundreds of emails about the Transatlantic Trade and Investment Partnership and was in the Chamber for the debate on Thursday. I have a lot of concerns about the current deal and welcome Jeremy Corbyn’s recent pledge that TTIP must not restrict the scope for decisions by any level of government, public authority or NHS organisation relating to public healthcare and most not give US investors new rights that they could use to sue any level of government, public authority or NHS organisation. Claude Moraes MEP has also been doing some important work on this in the European Parliament. It’s an issue I’ll continue to follow very closely.

I met with Sir Merrick Cockell, Chair of the Crossrail 2 Growth Commission to discuss the two options for Crossrail 2, one station at Wood Green or two with one at Alexandra Palace and one at Turnpike Lane.

I joined author and Guardian journalist Owen Jones on Thursday night to speak at an event on inequality at the British Legion in Muswell Hill. Haringey is the most unequal borough in London with six of the wealthiest wards and six of the poorest and during my speech I touched on my work setting up the country’s first Fairness Commission when I was Leader of Islington Council.

Friday started early with a trip to Muswell Hill sorting office to meet some of the team working extra hard to deliver our Christmas parcels. I then held a busy advice surgery at Wood Green Library.

The news that armed police had shot dead a man in Wood Green on Friday morning understandably caused a lot of concern in the local community. The Independent Police Complaints Commission are looking into the circumstances surrounding the shooting and I spoke with the IPCC Commissioner on Friday afternoon. I have arranged a special drop-in advice surgery at Winkfield Resource Centre this Thursday 17 December from 4-5pm for local residents who want to talk to me about crime and safety concerns or you can contact me by email or phone.