My week in Parliament 11-17 January 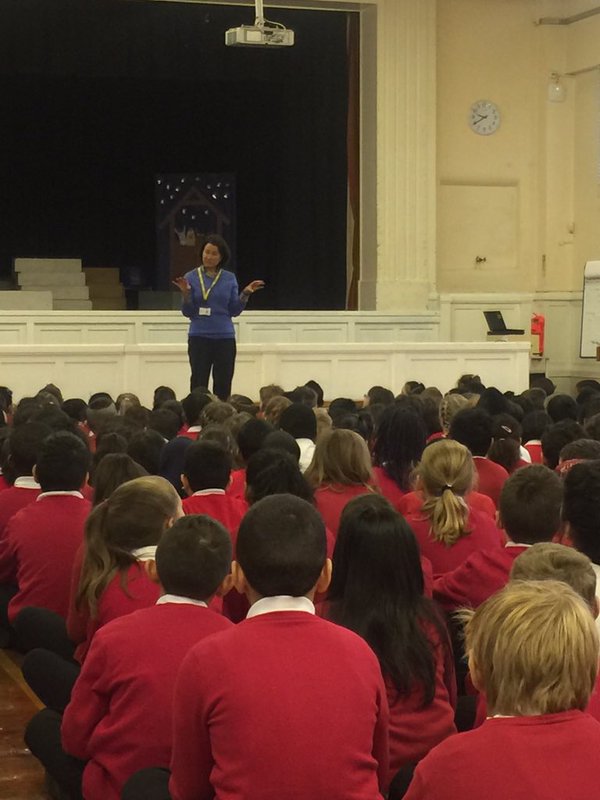 I started the week at Earlham Primary School in Wood Green, speaking at their morning assembly and taking questions from some of the children. I love visiting our local schools and the children at Earlham Primary asked a series of questions about democracy.  I was also interviewed by two student journalists who asked very thoughtful questions about how Parliament works and by impressions of being a new MP.

On Tuesday morning, I was at the Whittington Hospital to show my solidarity with striking junior doctors. Those I spoke to on the picket line and the many local doctors who’ve contacted me over the past few months are desperately sad that the Health Secretary, Jeremy Hunt, seems to have gone out of his way to pick a fight rather than meaningfully negotiate. Junior doctors provide an absolutely essential role in our National Health Service but morale is at rock bottom. I hope the Government can get back round the negotiating table and come forward with a fair settlement that doesn’t put patient safety at risk.

Later that same day, the Housing & Planning Bill was back in the Chamber and I spoke out on conditions in the private rented sector and the need for regulations to protect leaseholders. You can read my full speech here. It’s disgraceful that all too often homes in the private rented sector are in worse condition than any other sector, yet with demand so high tenants can feel too nervous to complain in case they’re evicted. Sadly, on Tuesday night the Tories voted down a sensible Labour-proposed amendment to the Bill that would have required landlords to make their homes fit for human habitation. It’s hard to comprehend how such a sensible step could be considered ‘unnecessary regulation’ and it was hugely frustrating to see a proposal that would benefit private renters in my constituency defeated. I will continue arguing for much more to be done to crack down on rogue landlords.

This week saw appalling terrorist bombings in Jakarta and I have submitted Parliamentary Questions on the matter. As a Shadow Foreign Office Minister, I was on the Front Bench for this week’s Foreign Office Questions. I asked the Foreign Secretary, Philip Hammond, about the current crackdown on labour rights in China and what action he’d be taking to express concern at recent reports that Chinese Police have arrested worker activists in the manufacturing centre of Guangdong.

I was delighted to be asked to Chair part of the Westminster Social Policy Forum Seminar on developing regional powerhouses in England on Thursday. There was an extremely interesting discussion on the future of regional development in England with a particular focus on infrastructure, skills and economic growth.

Back in the constituency, amongst other things I spent an enjoyable morning with the art group at Passmore Edwards Sheltered Housing in Bounds Green, met with the Chair of Haringey Mind to discuss their work locally and visited the excellent Bonafidestudios in Muswell Hill. On Sunday, I joined Jeremy Corbyn MP at the opening of a new local business Kaspas in Wood Green.