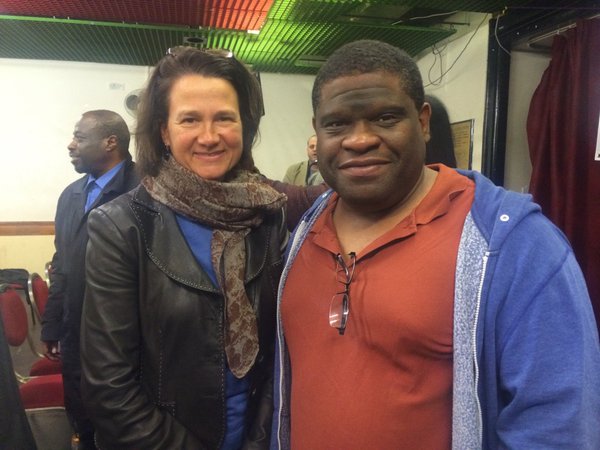 Despite being defeated for a second time in the House of Lords, the Tories are pushing on with their unfair plans to cut Employment and Support Allowance for disabled people. New claimants will lose £30 a week. This week I again voted against these proposals that will push sick and disabled people further into poverty and do nothing to support people back into work.

I took part in an important debate on gangs and serious youth violence where I raised my concerns about the increasing use of guns on our streets. The still unsolved mistaken identity murder of Erdogan Guzel in Wood Green last summer showed how lives can be destroyed in a few short seconds with increasingly sophisticated firearms. Much more has to be done to reduce the number of firearms in circulation across our city.

I was on the Front Bench on Tuesday to discuss the Foreign & Commonwealth Office’s (FCO) Budget following last autumn’s Spending Review. Whilst I welcome the decision to protect the FCO budget this year, that comes after five years of cuts that have reduced the workforce to an all-time low and risked undermining our ability to have influence in the world. You can read my speech here.

Housing is always the number one issue at my advice surgeries and this week I hosted an important discussion on the housing crisis and what can be done about it with the Tenants’ Foundation Policy Network and speakers including Professor Anne Power. I also hosted a breakfast meeting on London Skills and the Further Education Sector with the 157 Group, which represents the largest colleges in the UK including the College of Haringey, Enfield and North London. Further education colleges are facing massive cutbacks from the Tory spending cuts, yet fifty percent of young people do not go to university. We need well funded technical education to address the skills gap in the economy and to provide opportunities for both youngsters and adult learners so as to improve access to jobs for local people at the same time as improving productivity in our workforce.

In the constituency, I joined Guardian journalist Gary Younge to speak at a ‘Stand up for Racism’ event on Thursday night at the West Indian Cultural Centre, visited the Aquarius Archery Club in Fortis Green and met with the Chief Officer of Haringey Clinical Commissioning Group to discuss issues including waiting A&E times at the North Middlesex Hospital.

On Sunday, I celebrated Mother’s Day at a special fundraising screening of the fantastic film ‘Suffragette’ to raise money for the London Mayor elections in May.