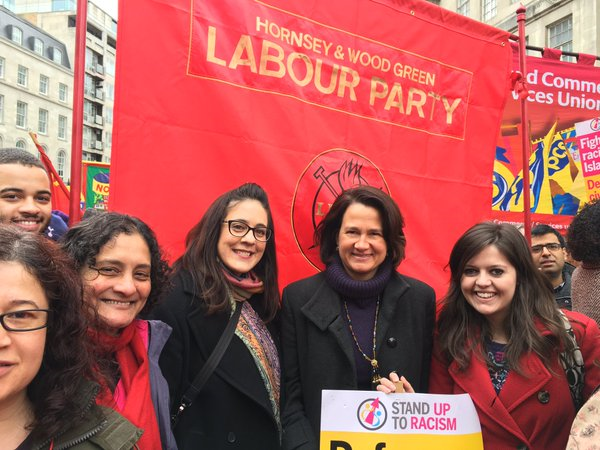 Budget week and yet again we saw the Tory Chancellor cutting money from disabled people to fund tax breaks for those at the very top. The £4.2 billion cut to personal independence payments that he announced would take away, on average, £3,500 from people who are often already struggling financially with the extra costs their disability brings. It is the wrong approach from a party that has consistently failed to balance the books and left the most vulnerable paying the price.

I am pleased that in the days since the budget, the overwhelming public outcry has seen the Tories start to back-track on their plans -; and Iain Duncan Smith resign. But we need to keep up the pressure. Sign Labour’s petition against the Tories’ unfair cuts to those most in need at https://donation.labour.org.uk/page/content/pip

I spoke out on Budget Day against the Government’s foolish, costly plans to force all schools to become academies and have made an urgent representation to the Secretary of State for Education, Nicky Morgan. You can read my statement here and sign the petition urging the Government to scrap these plans: https://petition.parliament.uk/petitions/124702.

The Investigatory Powers Bill also had its second reading this week and I was in the House to raise some of the deep reservations I have about its content. This legislation will have major implications for privacy and how we are governed and policed so it’s absolutely essential time is given to get it right. Here are some of the reasons I believe the Bill just isn’t acceptable in its current form.

On Thursday night, I hosted a Fukushima Anniversary Public Meeting in Parliament to look at the current situation in Fukushima five years on and the questions raised from this terrible disaster.

Back in the constituency, I spoke at the Refugees Welcome in Haringey event at Hornsey Town Hall on Tuesday night, visited Tetherdown School to look at their sports provision and met with the team at the new Everyman Cinema in Muswell Hill.  I also joined residents from Hornsey & Wood Green on the national Stand up to Racism Refugees Welcome march on Saturday in central London.

As the Easter bank holiday means I won’t be at Wood Green Library next Friday, I held an extra pop-up advice surgery this week at Muswell Hill Library on Friday afternoon. I also had a useful meeting with the Citizens Advice Bureau team in Turnpike Lane to discuss the growing demand for advice and support we’re seeing as a result of government cuts.