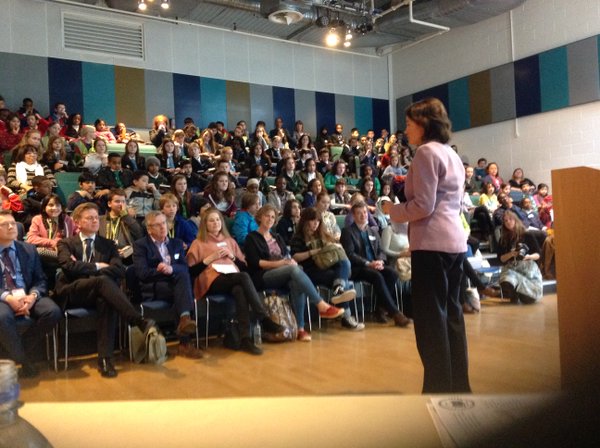 I started the week at Heartlands School, giving the opening remarks at the 2nd Haringey Children’s Book Awards. Almost 200 children across 20 local schools have been reading the five shortlisted books and voting for their favourites. It’s a great way of getting young people reading, talking to their friends about books and enjoying our fantastic local libraries.  The winner was Hornsey & Wood Green resident SF Said with his best-seller “Phoenix”.

In Parliament this week, Jeremy Hunt was called to the Despatch Box again to answer an Urgent Question from Labour to explain the Government’s poor handling of the new junior doctor’s contract. The whole thing has been a shambles, but even at this late stage I want to see Jeremy Hunt withdraw the threat of imposing these new contracts and re-engage in a meaningful dialogue with the BMA and NHS staff. The Government must accept that compromise is necessary to reach a fair settlement and come forward with a better deal that ensures patient safety is not put at risk.  I welcome Heidi Alexander’s sensible cross-party proposal to avert the proposed strikes and am extremely disappointed that Jeremy Hunt has rejected it.

SureStart Children’s Centres are one of the last Labour Government’s finest legacies and this week I attended the latest pamphlet launch for the Labour Friends of SureStart. Here’s the article I wrote for their previous pamphlet last year.

I attended an important briefing on rare and less common cancers, which despite their name account collectively for 54 per cent of UK cancer deaths. Policy to improve outcomes for patients has tended to focus on the ‘big four’ cancers – lung, bowel, prostate and breast – and not on the rare and less common cancers even though they affect many tens of thousands of people each year.

With less than two months to go until the EU referendum, I spoke out for the remain campaign at a debate organised to raise funds for Save the Children’s Syria campaign. You can read some of the reasons I believe we should stay in the EU here. I also held an interesting meeting with the Community Safety Trust to find out more about their vital work protecting British Jews from anti-semitism and related threats.

On Friday, I held my regular busy advice surgery at Wood Green Library with housing and mental health featuring strongly.