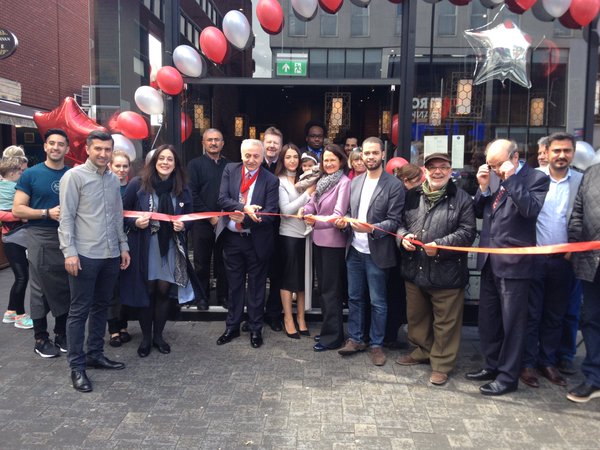 Alfred Dubs was only a small child when he fled Nazi Germany on the Kindertransport to make a home here in Britain. The UK opened its arms to take in nearly 10,000 mainly Jewish children in this way, and all too often they were the only members of their families to survive the Holocaust. I am bitterly disappointed that the Dubs Amendment to the Immigration Bill, which would have given sanctuary to 3,000 lone refugee children, was defeated by the Tories on Monday. I supported and voted for the amendment because I believe we should be doing so much more to help children on their own, who are incredibly vulnerable to trafficking, sexual exploitation and other forms of abuse. Europol have estimated that over 10,000 unaccompanied children have already disappeared since arriving in Europe. The Bill will return to the Commons shortly so I can assure you I will be keeping up the pressure. Please sign the petition urging the Government to give sanctuary to child refugees who are alone and at risk in Europe https://petition.parliament.uk/petitions/128833

On Tuesday, I stood in solidarity with junior doctors at St Thomas’ Hospital as they told me how sad they were to have been forced to stage an all-out strike, for the first time in the history of the NHS.

The Trade Union Bill returned to the Commons on Wednesday. Trade unions are an important part of an open, democratic society but the Government’s Bill seeks to weaken them and restrict workers’ voices rather than work with them to tackle important issues of low pay and skills shortages. Through cross-party working in the House of Lords, some of the worst elements of the Trade Union Bill have been removed but despite this progress I still have significant concerns.

David Lammy MP secured a very welcome Westminster Hall debate on mental health services in Haringey on Thursday, where I was able to highlight some of the desperately sad cases I’ve seen since my election and to flag up the link between housing problems, homelessness and suicide. You can read my full intervention here: http://goo.gl/M6qM7q

On Thursday I also took part in an important debate on autism to mark World Autism Awareness Week and took a delegation from the National Pensioners Convention to meet the Pension Minister Baroness Ros Altmann and discuss issues including the WASPI campaign for fair transitional state pension arrangements. The NPC had been seeking a meeting for months with no success, so I was very pleased to be able to help them finally speak face to face with the Minister.

On Friday and over the weekend I was back in the constituency, attending the opening of the fabulous new Ezra’s Kitchen in Wood Green and joining in the celebrations at Tottenham Fire Station open day and Muswell Hill’s May Day event. I also had an enjoyable afternoon with year six pupils at Coleridge Primary School holding their mock elections.