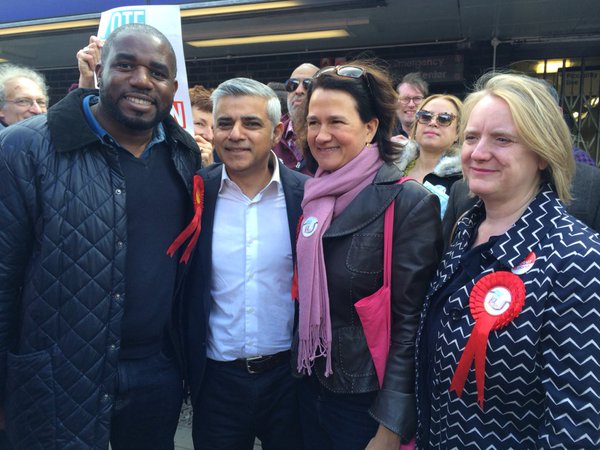 I am delighted that after eight long years, the week ended with a Labour Mayor back in City Hall. Unlike the previous Mayor, Sadiq Khan will start to tackle the Tory housing crisis, build genuinely affordable homes, introduce a London Living Rent and take tough action on rogue landlords. It is a fantastic result because action has never been more needed. This week the Tories pushed ahead with their Housing & Planning Bill despite Labour’s opposition. I spoke out in Parliament against this bad bill which will sign the death knell for social housing by removing lifetime tenancies and do nothing to tackle the housing crisis with so-called ‘starter homes’ that will be out of reach for young people and families on ordinary incomes.

On Wednesday, Labour held an Opposition Day debate calling on the Government to drop its plans to remove NHS bursaries and consult on how better to fund and support the future healthcare workforce. NHS staff are the lifeblood of our national health service, but this Tory government is letting them down. The decision of Ministers to cut nurse training places during the last Parliament has left hospital wards dangerously understaffed and patient care at risk. The situation is only going to get worse if Ministers press ahead with their misguided plan to scrap student NHS bursaries and discourage the next generation of frontline NHS staff.

Later that day I was in the Chamber for the debate on Education Funding in London. As Secretary of the All-Party Parliamentary Group on London, I’ve been highlighting for some time my concerns that the Government’s proposed new national funding formula could take £245 million from London’s schools. Haringey schools are amongst the most improved in the country, particularly at GCSE, and it’s essential that nothing is done to jeopardise this success. Here’s my letter in last week’s Guardian calling on the Chancellor to provide an urgent guarantee that no local area will see a reduction in funding as a result of these proposals. You can read my speech in Parliament here.

Opposition to the Post Office plans to franchise Crouch End and Muswell Hill Crown Post Offices continues to grow, and on Saturday I joined the queue protest outside both Post Offices. Lots of residents turned up to show their support and local bakery Dunns produced some specially designed muffins for the occasion. I will continue to oppose these unpopular plans and speak out about the concerns I have for customers who rely on these branches, for service standards, accessibility and for employees in the branches -; as well as the wider effects on the local high street if these well-used buildings are lost.

On Sunday I had the honour of presenting the prizes at the Dimbleby Cancer Care Annual Tennis Tournament at Hanley Tennis Club.