My week in Parliament 17-23 October 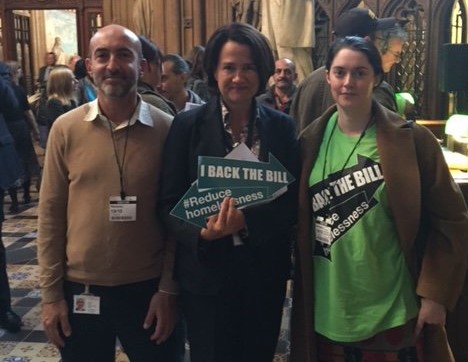 Hornsey & Wood Green is home to so many fantastic small, independent businesses and I started this week by doing a short live web interview with the Federation of Small Business on why it’s so important that MPs listen to their concerns -; and why I believe the Chancellor should do more to support them in his forthcoming autumn statement.

On Tuesday, it was Foreign Office Questions where, as one of Labour’s Shadow Foreign Ministers I was on the Front Bench to question the Foreign Secretary Boris Johnson. I specifically raised the issue of Syria and asked whether he would support the proposals by the UN Envoy to Syria, Staffan de Mistura, to offer the jihadi fighters in eastern Aleppo some sort of passage out of the city so they can be dealt with in an international criminal court. I share de Mistura’s concerns that their presence acts as an “easy alibi” for the Russian and Syrian forces to justify their bombardment. You can view his response here.

On Wednesday, I met with a number of constituents who’d come to lobby Parliament in support of the Homelessness Reduction Bill and I gave them my full backing. The spiraling scale of homelessness under this Tory Government is a scandal. While homelessness fell by 62% under the previous Labour Government, since 2010 it has risen by a third with recorded rough sleeping doubling in the last six years. There is an urgent need for the Government to fund high quality homeless advice services via local authorities, as unfunded this further duty could fail.

Thursday saw me join Labour’s Shadow Foreign Secretary Emily Thornberry to meet with the Iraq Ambassador where we received a briefing on the situation on the ground in Mosul . I also had a great time at the Chinese Information & Advice Centre “Woman Volunteer of the Year awards”. I’d been on the judging panel for the third year in a row and it’s fantastic to see the growing level of volunteering in our Chinese community.

Back in the constituency, I visited Campsbourne Primary School to meet with the School Council as well as meeting parents at the Burghley Road ‘stay and play’ centre where the parent volunteers served families delicious curry. Over the weekend I also took part in the closing rally of the Labour Assembly Against Austerity where I focussed on in work poverty, unaccompanied refugee children and Labour’s pledge to allow local authorities to build new affordable housing.