My week in Parliament 14-20 November 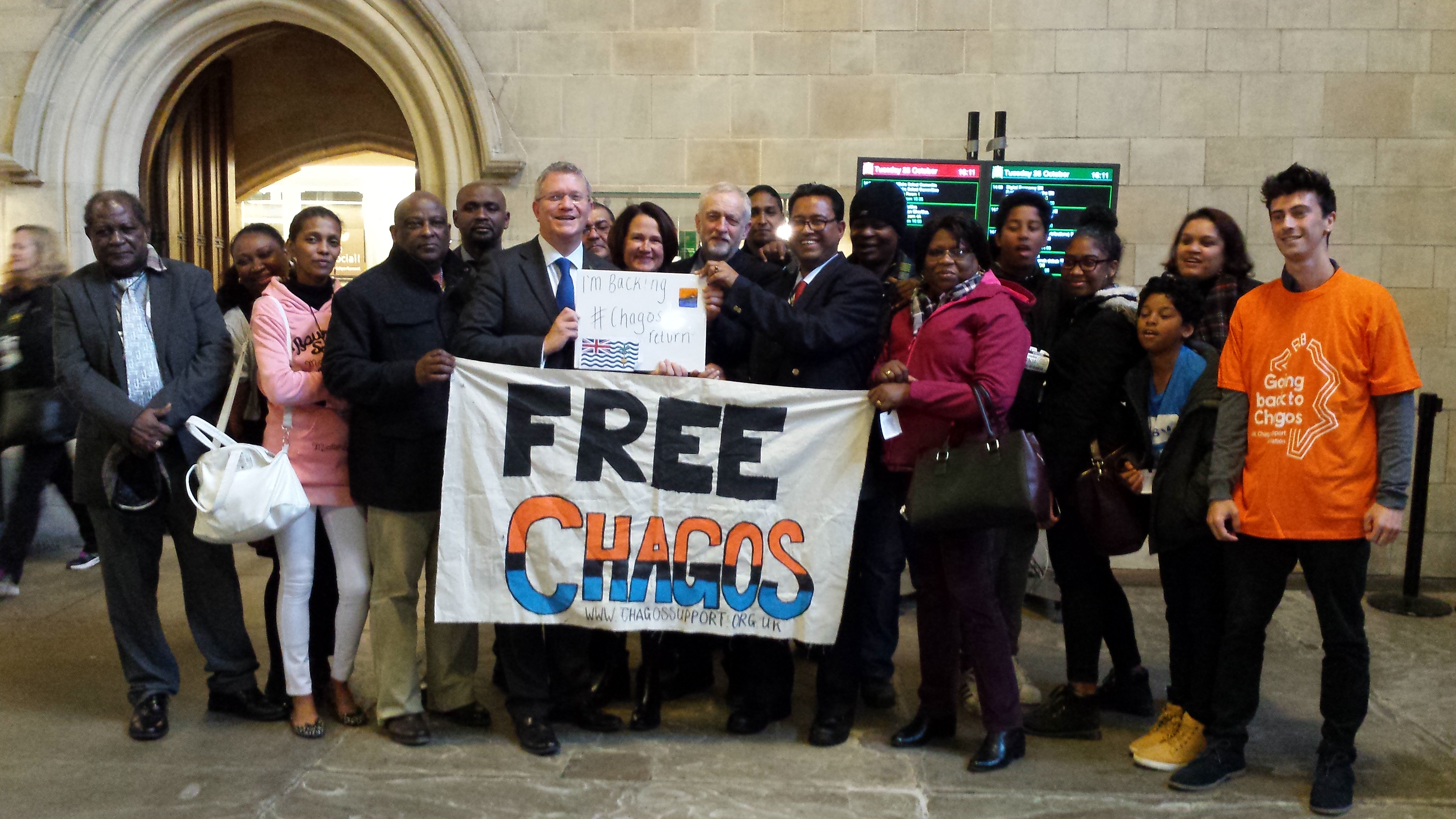 This week’s announcement by the Government denying Chagossians and their descendants the right to return to their native lands came as a huge blow and only compounded the injustice of the original decision. It was a heartbreaking moment for the people who have fought with dignity for so long for a basic human right and have had to wait anxiously for this announcement for more than two years. Just last month I led a Westminster Hall debate on the issue where I challenged the Minister on his Government’s lack of political will to recognize the rights of the Chagossian people. Sadly, this has proven to be the case. Not even to be prepared to explore a pilot resettlement programme and to ignore the findings of the APPG on the Chagos Islands, which concluded that resettlement isn’t incompatible with Diego Garcia continuing to serve as a military base makes no sense. I am sure the fight will continue -; with my full support.

I was in the Chamber on Wednesday for Stella Creasy MP’s Urgent Question on Calais children where I raised the issue of post trauma counselling services for children arriving here, many of whom have lived through unspeakable horrors. Labour have repeatedly called on the Government to do more to help lone children in Europe, yet the Home Office’s recently published eligibility criteria places yet more restrictions on the children it will assist. I believe the UK’s support should be based on personal circumstances in line with asylum claims here in the UK -; not a separate arbitrary eligibility criteria seemingly designed to make it even harder for vulnerable children to gain entry. I’ve called a public meeting on the issue with Lord Alf Dubs at Fortismere School on Thursday 8 December -; registration details will be on my website very soon.

The future of our Post Offices was finally debated in Parliament on Thursday during a backbench debate in Westminster Hall. I’ve spent months trying to obtain a meeting with the Post Offices Minister, to no avail, so I welcomed the opportunity to speak out in opposition to the proposals to sell off Crouch End and Muswell Hill Crown Post Offices. I highlighted the impact on jobs, customers and the local high street -; as well as the huge sums of public money that have been spent on the existing buildings which will be wasted if they close. I again requested a meeting and will continue to keep up the pressure -; I joined campaigners on Saturday morning at Crouch End Post Office. It’s vital these foolish and unpopular proposals aren’t pushed through without a fight. You can read my full contribution to the debate here.

In the constituency, I went along to the Bowes Park Community Association AGM where we discussed Myddleton Road market and safety issues along the New River Park walk. I met with Haringey’s Borough Commander Helen Millichap to talk about the concerning rise in knife and gun crime in the area and my joint request with David Lammy MP for a meeting with the Deputy Mayor for Crime & Policing Sophie Linden. On Saturday, I joined the fifth birthday celebrations for the popular independent business Real Appliances in Crouch End. 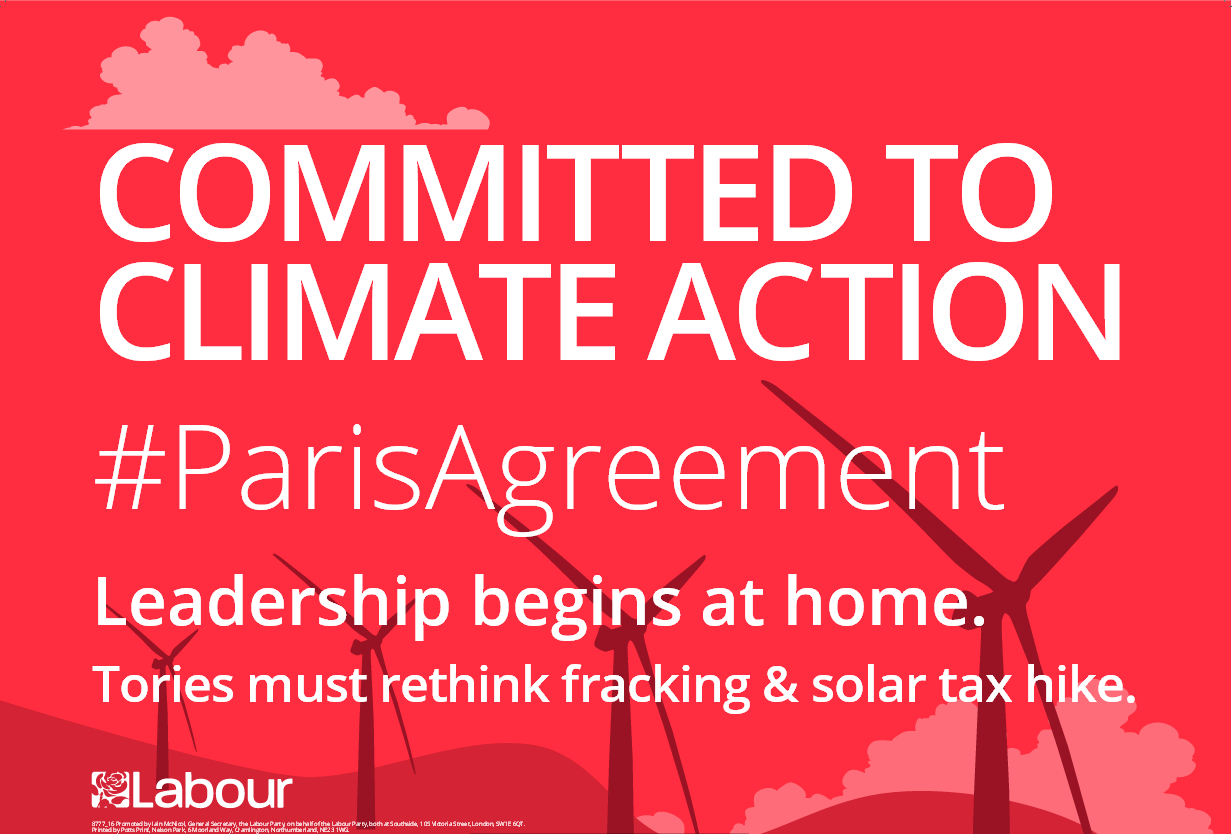 Finally, I’m proud that, thanks to pressure from Labour, Parliament ratified the historic Paris Agreement on climate change this week. International co-operation on climate change is central to a responsible foreign policy and vital to protect communities from extreme weather, like dangerous flooding. But it is also an opportunity to create over 200,000 jobs in the UK. Our low carbon industries today form just 6% of the economy but provide 30% of GDP growth. I’ll be keeping up the pressure to ensure the Tories support the international community’s work to reduce emissions – and deliver action here in the UK. It’s even more important that we work with our European neighbours to keep the pressure up following Donald Trump’s election, considering some of his public statements on climate change. I joined Caroline Lucas at a Climate Roundtable following the US election result to discuss how those of us concerned about climate issues can best respond.