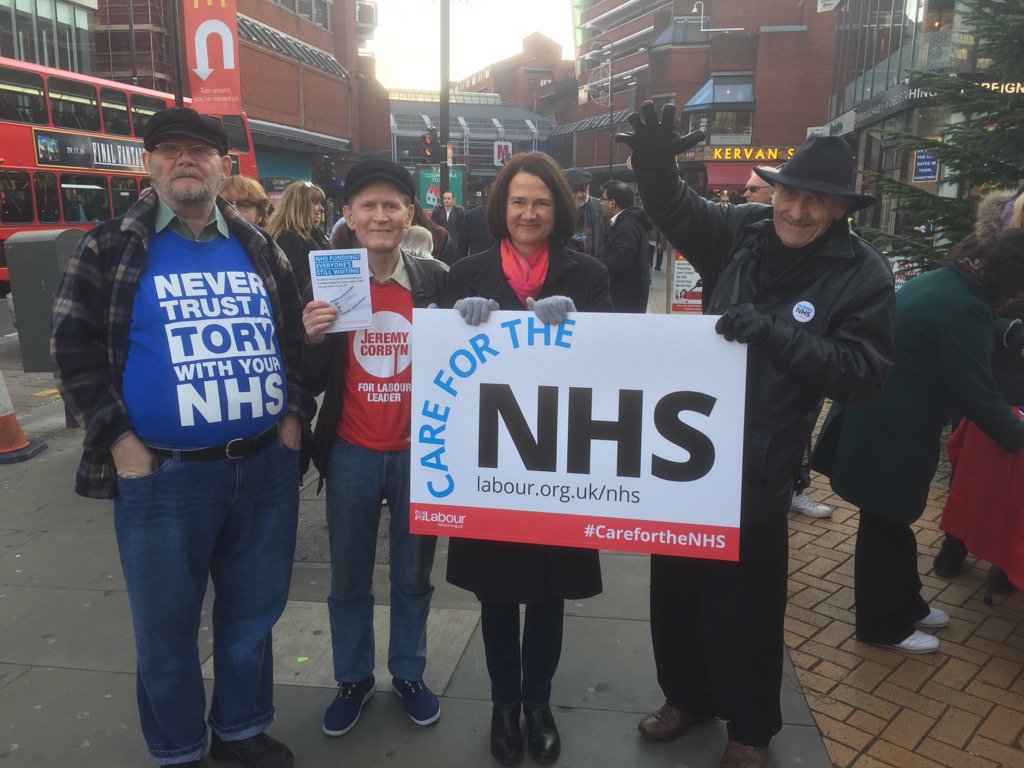 Wednesday’s Autumn Statement did very little to help those who have borne the brunt of Tory cuts and made no mention of the underfunding of our NHS and the growing crisis in social care. You can read my thoughts on the Chancellor’s words here.

Our NHS needs defending against Tory cuts that have left it facing the biggest financial squeeze in its history, with waiting lists at four million, A&E in crisis and hospitals facing soaring deficits. Social care has been cut by £4.5 billion and is, according to the Care Quality Commission, approaching a “tipping point”. On Saturday, I joined people across Hornsey & Wood Green in support of Labour’s NHS Campaign Day calling for the NHS to receive the money it needs and for services to be joined up from home to hospital with a properly integrated health and social care service.

The Autumn Statement also revealed the stark impact our economy is already paying following the referendum to leave the EU. On Thursday night, I held a well-attended public meeting at Hornsey Town Hall on the impact of Brexit where I again said that I won’t vote for Brexit or to invoke Article 50.

Earlier that day, I took part in the important Parliamentary debate on Thursday on the contaminated blood scandal, where I raised the need to get justice for the families who have suffered such terrible losses and deserve justice. There is evidence that there was knowledge of the issue long before action was taken and it is vital that those involved are held to account. You can read my full intervention here.

In the constituency, I took part in a Business Breakfast with local businesses organised by Barclays and joined the panel at Haringey Community Expo to celebrate some of the outstanding work and achievements of Haringey’s community groups and voluntary organisations over the past year.