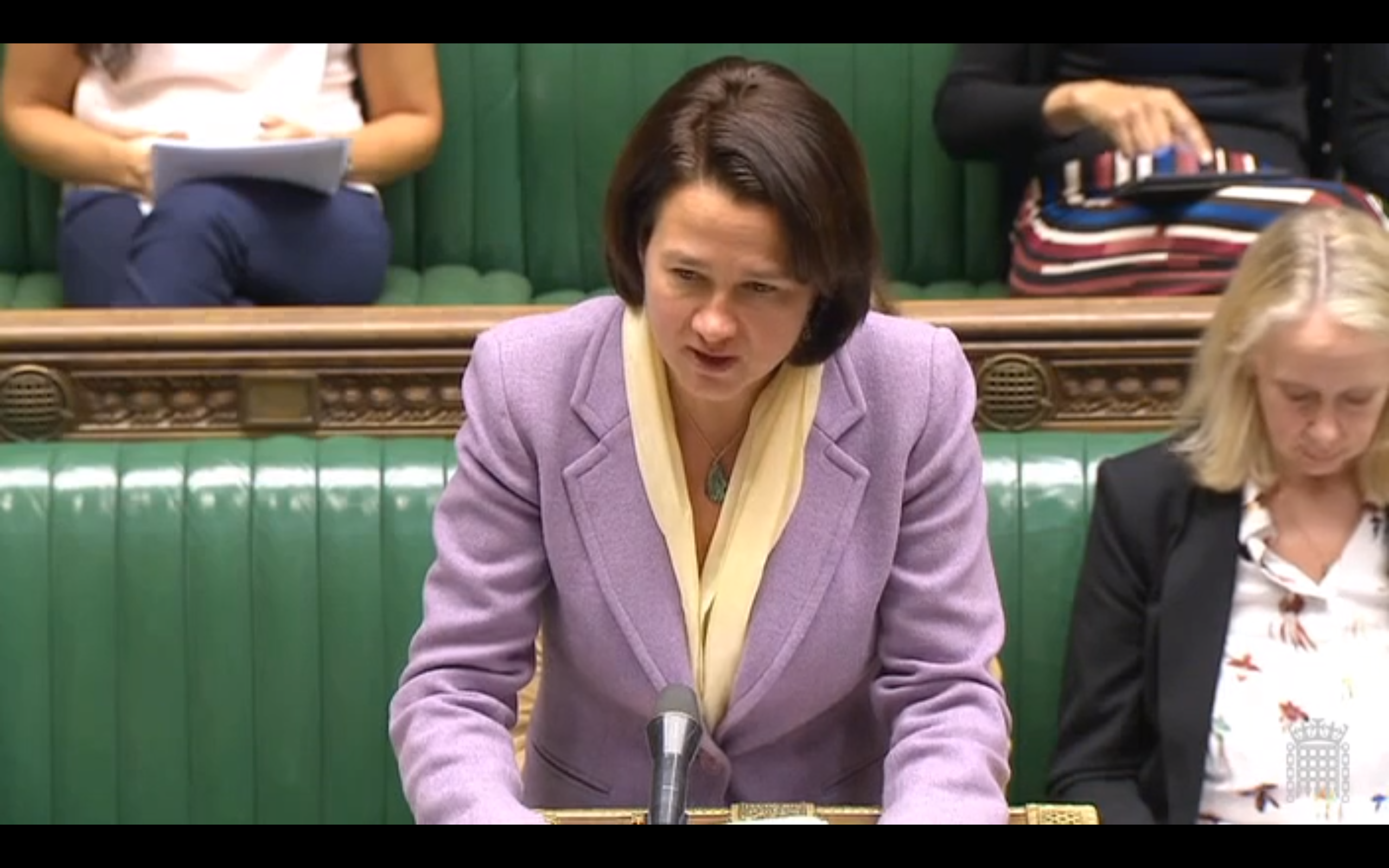 Parliament returned this week and the crisis in our hospitals was top of the agenda.

The NHS is facing the largest financial squeeze in its history with a third of hospitals having declared they need urgent help to deal with the number of patients coming through their doors. Instead of addressing this, the Tories have done their best to lay the blame at everyone else’s doors. Whether it’s patients for going to A&E in the first place, respected charity the Red Cross for highlighting the help they’re providing, or the hospital managers who are struggling with ever decreasing resources. I made sure I was in the Chamber to question Jeremy Hunt twice this week -; during Monday’s statement on NHS performance and Wednesday’s opposition day debate. I told him about a local doctor who’d contacted me in despair at the situation and fearful that the dedicated staff wouldn’t have the capacity to cope in the event of an epidemic. You can watch my interventions here and here.

As your Labour MP I will be campaigning hard, calling on the Government to guarantee that key waiting targets are protected, to bring forward the £700m of social care funding planned for 2019/20 now and to pledge a new funding settlement for health and social care in the Budget in March.

On Tuesday, I took part in foreign office questions where I pressed Alok Sharma, the UK Foreign Minister on the issue of the Colombian peace process. According to a report from the Institute for Development and Peace Studies in 2016, there is now a paramilitary presence in 31 of the 32 Colombian departments. I urged the Minister to make swift contact with his Colombian counterpart to ensure that this issue is addressed and that the articles of the peace process are upheld.

You can watch my full intervention here.

On Wednesday, I also quizzed the Minister for Climate Change & Industry about the Government’s proposed sale of the Green Investment Bank -; and in particular the ethics of Macquarie Bank who are rumoured to be buying it. The Green Investment Bank (GIB) is a real success story. Publicly owned, it has helped fund innovative new smart green technologies to fight climate change and attracted capital to UK infrastructure. It makes absolutely no sense to sell it off, least of all to a company with Macquarie’s track record of buying assets, stripping them, paying itself huge dividends and selling off what’s left. It has a similarly poor track record of paying tax on its profits. Press reports suggest Macquarie are already making plans to offload projects and assets after they’ve taken control of the Bank, and the Government would be powerless to do anything about it if the deal goes through. I firmly believe the Prime Minister needs to put a halt to this ill-thought out idea now and step in to protect the Green Investment Bank’s assets and its green credentials.

I held my first regular advice surgery of the year this week at Wood Green Library. It was busy, as always, with people coming to seek my help on education, housing and policing. Later that day, I joined Joan Ryan MP to visit A & E at North Middlesex Hospital to thank the staff for their hard work over the winter crisis.

I spent a delightful Saturday morning at the opening of the new Highgate Synagogue and went on to speak at the Fabians New Year Conference on the subject of “is Britain ready for an Asian century?” where I joined Asia experts to discuss trade, human rights and national security in an age of Trump.

Finally, I’ll be speaking this Tuesday night at the launch of Fair Funding for All Our Schools at Rhodes Avenue Primary School. More information here.  With schools across Hornsey & Wood Green facing big government cuts to funding next year and the proposed introduction of a new “fairer funding” formula which is going to make the situation even worse, it’s incredibly important that we work together to challenge these unfair cuts to our children’s futures. Hope to see you there.