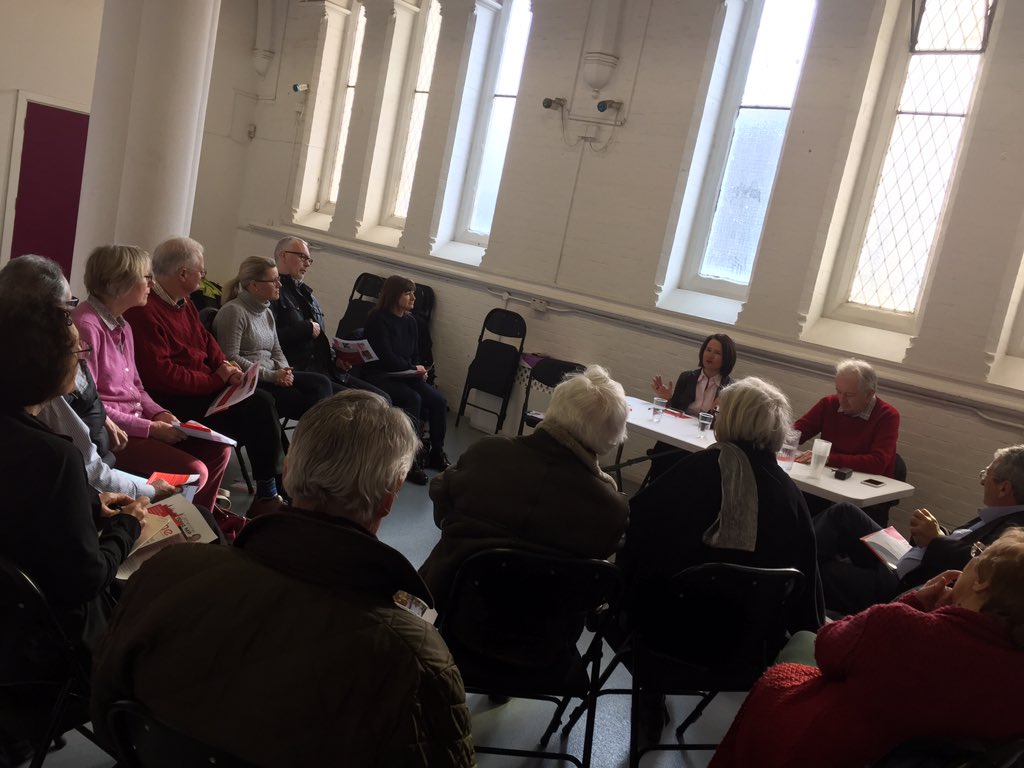 I started my week by attending an outreach session in Finsbury Park, where I discussed the role of an Member of Parliament for Hornsey & Wood Green as well as the work I do as part of my shadow foreign office brief. I was delighted to meet so many people actively engaged in politics and discuss the importance of diversity in Parliament.

Representing the voices of my constituents in Westminster, on Tuesday I asked an urgent question to Chancellor Philip Hammond, pressing him to reconsider increasing business rates across London. Fantastic and cherished companies such as Elsie Cafe, Dunn’s Bakery and Railway Tavern will struggle to absorb the increased tax if Hammond ploughs ahead with the policy in the Budget this week.

I also attended a Stand Up To Racism public rally in Haringey at the Kurdish Community Centre, arguing refugees are welcome in the UK and defending the rights of workers. Before that, I attended a parliamentary reception to mark Rare Disease Day 2017. I was able to meet those affected by rare diseases, as well as clinicians, health professionals and researchers. I was pleased to hear how access to effective treatments is helping to change people’s lives. Coupled with warnings that British medical research will suffer as a result of Brexit, it is vital that there is adequate funding for research as 3.5 million people in the UK will be affected by a rare disease at some point in their life, so whilst individually they may be “rare” their impact is huge.

Meeting the new head of Stroud Green Primary school on Thursday was fantastic. I shared my concerns about the potential cuts to funding with the government’s National Funding Formula, and reiterated that I will lobby government to protect school funding for our children’s futures.

On Friday I heard about UK nationals about Prisoners Abroad from a constituent of Hornsey & Wood Green and what can be done to assist them with issues from separation from families to serious problems with physical survival and coping with deportation back to the UK after years abroad. I look forward to making these representations to my foreign office counterparts in government.

Finally, I was glad to meet so many constituents on Saturday for a Brexit Coffee Morning where we discussed in depth the issue around the rights of EU citizens to remain. The majority of British people support this right, and I hope that this will be reflected as the House of Commons now considers an amendment on the issue.