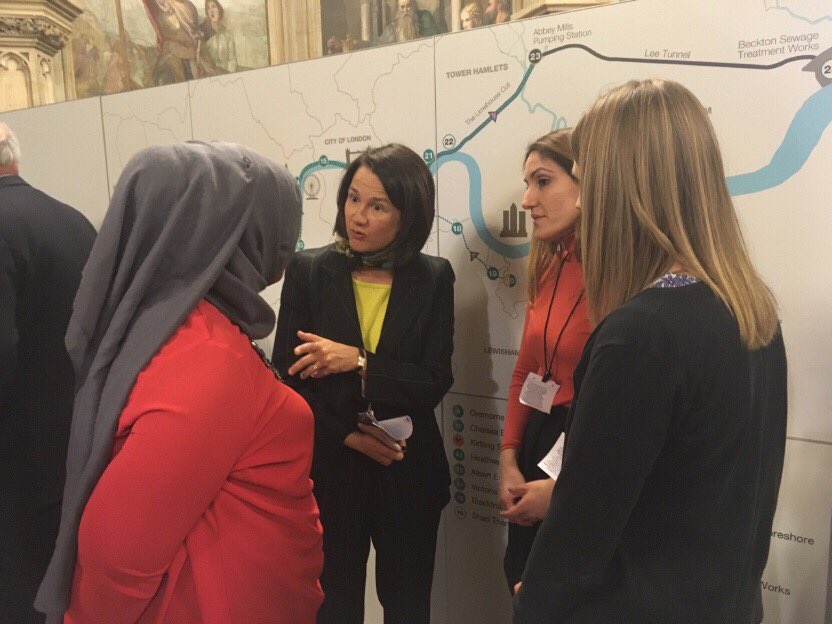 I was upset to witness MPs vote against securing rights for EU citizens living in the UK or to give parliament a meaningful vote on the outcome of negotiations on Monday. Despite loud calls from the Labour party, the House of Lords and the public, the government will now plough ahead with the negotiations. I will continue, with my colleagues, to hold the government to account on the issues.

On a brighter note, it was a pleasure to speak on the benefits of increasing women in engineering at the Thames Tideway Exhibition Launch. Fighting for gender equality is central to my job, and it was great to share my views at the launch of a project that is expected to bring environmental benefits and new public space along the Thames.

I was glad to be in the chamber to vote for my colleague Diana Johnson’s Ten Minute Rule Bill on the decriminalisation of abortion, which will now pass onto a second reading.

On Tuesday morning I met with Colombian Ambassador H.E. Nestor Osorio, where we were able to discuss the ongoing peace process in his country and what the UK can do to support supporting the vital work being done.

After the meeting, I met with David Mowat, Parliamentary Under-Secretary of State for Community Health and Care, as part of a cross-party delegation that I organised to speak about a local Urinary Tract Infection Clinic, whose funding is at risk.

In the evening I spoke at the Labour Assembly Against Austerity meeting where I responded to Philip Hammond’s Spring Budget. This Budget conveyed a clear message: the government is not concerned about the daily struggles of people who are going to be made worse off as a direct consequence of their policies.

Over the weekend I took part in the March Against Racism to campaign against a toxic anti-immigration agenda. On Sunday I spoke at the Hornsey Parish Church on how I make judgements as an MP for their series examining how we make decisions.