My week in Parliament 5 – 10 September 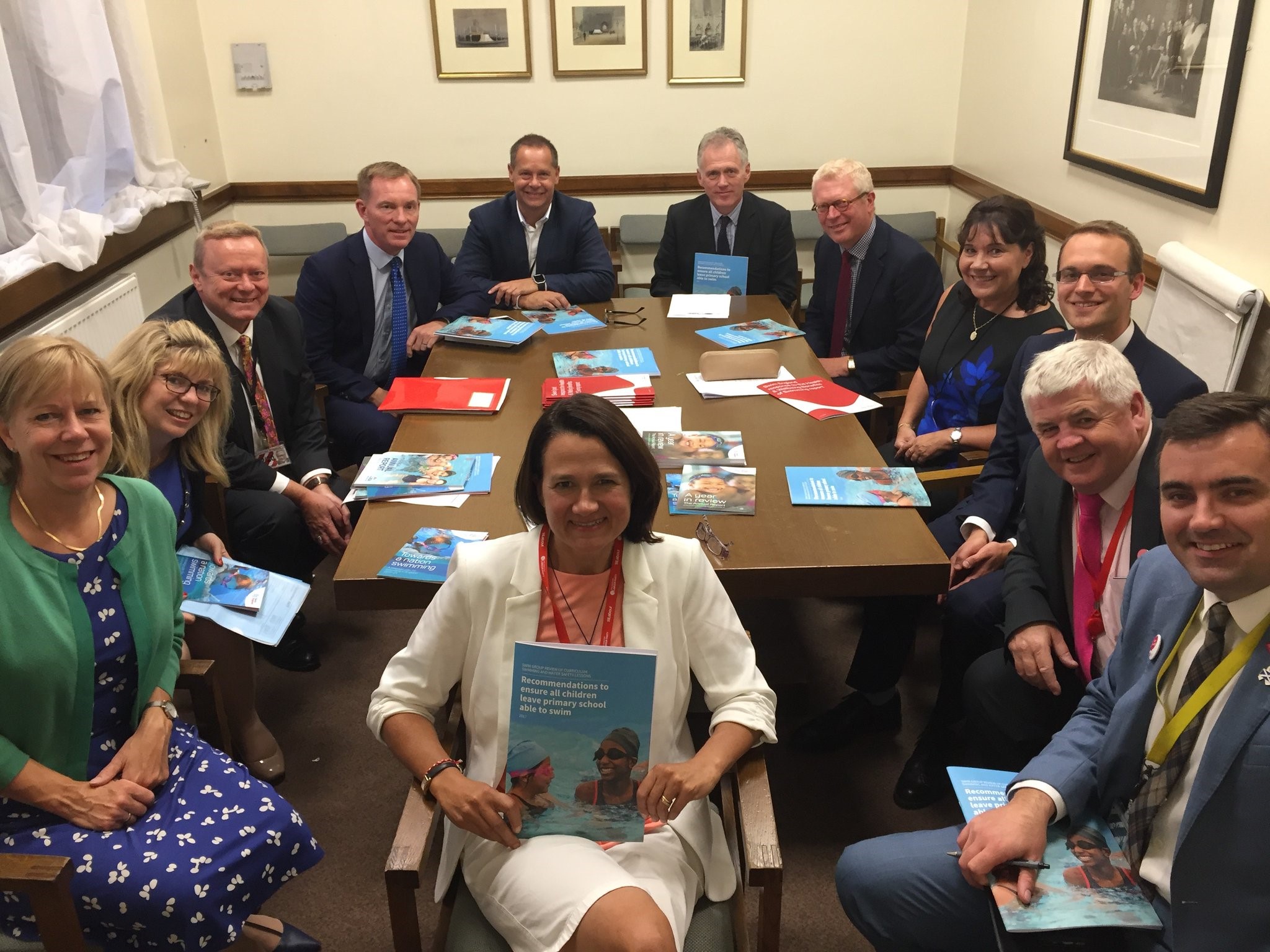 The inaugural meeting of the APPG for Swimming.

As the House returned on Tuesday I appeared on Sky News to discuss Labour’s change in police on Brexit and keeping the UK in the Single Market and Customs Union for a transitionary period. I welcomed this change of position by Sir Keir Starmer as a more pragmatic approach to discussions ahead.

I was in Parliament later on Tuesday for an Urgent Question on violence in Rakhine State, Myanmar, where tens of thousands of Rohingya have fled devastating violence. I pressed Foreign Minister Mark Field on whether human rights had come up in trade negotiations, to which he assured the House that the UK’s diplomatic forces would be focussed on the humanitarian crisis. I will continue to monitor the situation and hold the Government to this pledge.

I sat in the Commons during a statement by Foreign Secretary Boris Johnson on the Korean Peninsula. I believe that diplomacy offers the best route forward and hope to see all parties engaging in constructive dialogue rather than a war of words.

During a Ministerial Statement on Grenfell, I asked Sajid Javid, Secretary of State for Communities and Local Government, how many flat blocks in the private sector have failed fire safety tests in light of the news 165 out of 173 social housing blocks failed the tests.

I attended a briefing for MPs at the Department for International Trade on Wednesday morning to hear about the department’s ambitions and priorities for this Parliament. As many constituents may be aware, I have recently been appointed the the International Trade Select Committee, where I will hold the Government to account across a range of issues related to Liam Fox’s department.

Later in the afternoon I held the inaugural meeting for the Swimming APPG. I have received a lot of support from MPs and Lords after founding the APPG, which will aim to make swimming more accessible and affordable for everyone as a way to keep fit.

On Thursday Parliament debated the EU (Withdrawal) Bill. Labour put forward a sensible and well thought-out amendment to the Government’s Bill. The Government’s current approach to Brexit is reckless and irresponsible. It risks damaging our economy, isolating us from our European neighbours and creating a bonfire of workers’ rights and environmental protections. Most worryingly, the Government is using this bill to downgrade and subvert the role of Parliament by passing sweeping powers to Government Ministers to make decisions on Brexit. For these reasons, I voted against the Government’s EU Withdrawal Bill.

I held my first advice surgery since Recess ended on Friday, where I was able to meet constituents and help with their cases. Please click here to find details of my next surgeries.