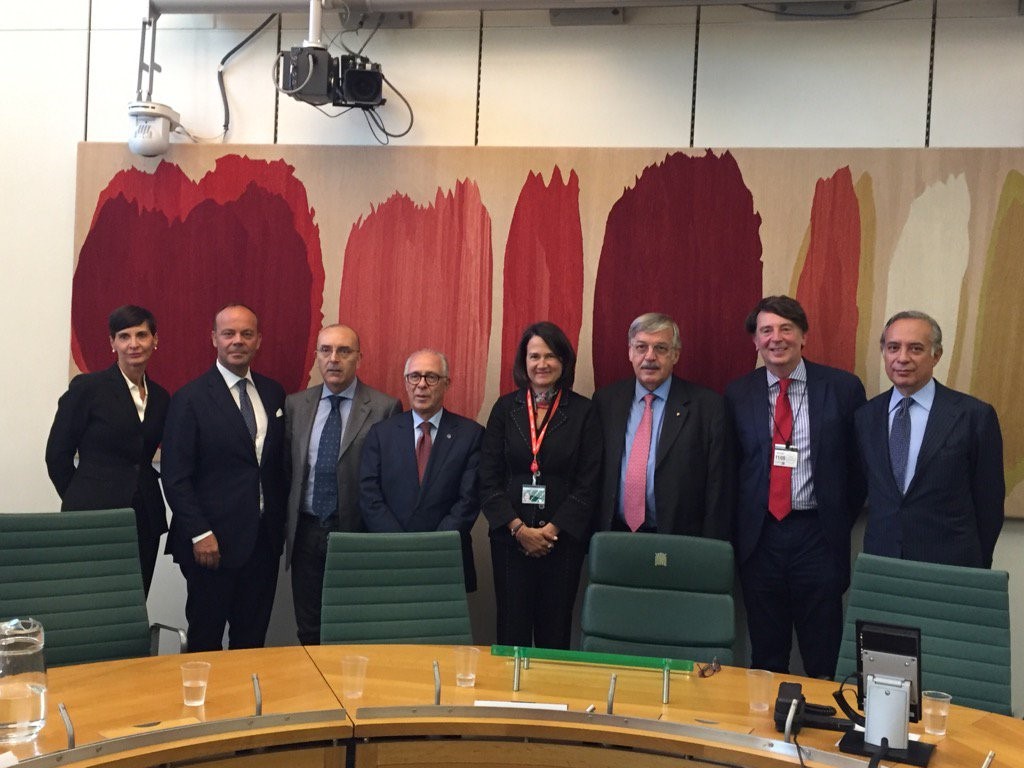 Monday saw Parliament debate the vital EU (Withdrawal) Bill at its second reading. This Bill amounted to a power grab from the Conservative Government, which hopes to reduce the role of Parliament to an armchair observer. The Bill would have put vast powers into the hands of Government Ministers, evading all scrutiny. Given Labour amendments to the Bill were roundly rejected, I voted with the party against giving it a second reading. While I hoped that some pro-EU Conservative MPs would vote with Labour, it was disappointing to see them vote with the Government on a Bill they have criticised so much.

Earlier in the day I met with Italian MPs who were dealing with Brexit, along with Italians living in London, to discuss how I can help people living here and our partners in Europe as the UK exits the EU.

The first meeting of the International Trade Select Committee was held on Wednesday morning, where I was able to join with colleagues across the party spectrum to explore the key themes that we will investigate in the coming Parliament. I look forward to future meetings and hearings, as well as producing reports to hold the government to account and add to the discussion on how best to transition out of the EU in a prosperous and ethical manner. One of my priorities lies in the education sector as an export and in particular taking student numbers out of the immigration target to facilitate important work in education and science without obstruction.

I was able to speak to students from St Mary’s Primary School, who then took a tour of Parliament, before Prime Minister’s Questions. At PMQs the Prime Minister continued to dodge questions about how average families are struggling to get by, ignoring a slew of data and warnings that low income families are being hit particularly hard.

After PMQs I joined EU citizens to campaign for their right to remain in the UK post-Brexit. Many constituents are living in paralysis, fearful that they will not be able to stay in the UK after Brexit, despite having contributed to our country and society for years. I continue to believe that an early agreement needs to be made on citizens’ rights to make sure people on both sides of the English Channel have security.

In the afternoon I met with Sophie Lindon, Deputy Mayor for Policing, to discuss police cuts which are hitting our streets and the rise in moped led attacks. The Conservative Party is rashly cutting the police budget, making it harder for the Metropolitan Police to do their job. That is why I have applied for a Westminster Hall Debate on Police Cuts in London, as well as having written to Home Secretary Amber Rudd about the closure of police stations, urging her to meet with me to examine the extent of the shortfall funding.

I also attended the APPG on Crossrail 2 to discuss key issues and the how they fit into the Mayor’s Transport Strategy. Transport remains a crucial issue in London, presenting a challenging and exciting time and progress must be kept up on this key infrastructure commitment. I will continue to push for new rail provisions to help businesses and people keep moving in our city.

An Official Opposition Day Debate was secured on Public Sector Pay in the NHS and Student Tuition Fee Rises. I continue to believe that the pay-cap in the NHS is wrong and that increases in student fees are harmful. Recent research published by the IFS has revealed that students from the poorest households would accrue debts of £57,000 by graduation, and that 77% of students would fail to pay off their debts even 30 years after leaving university.

On Thursday evening I held a pop-up surgery at Muswell Hill Synagogue where I was able to meet constituents and help with their cases. Please click here to find details of my next surgeries.