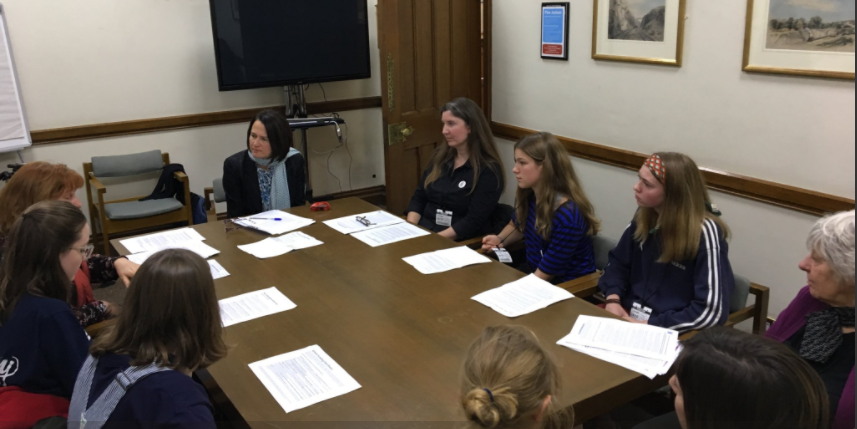 On Monday morning I met with chief executive of North Middlesex University Hospital Trust for a general update about the hospital and how we can work together to ensure patient care is delivered as effectively as possible. A report from charity the Health Foundation has found that shortages of nurses are growing, calling the situation “extremely worrying”. The Government needs to spend on nurses to fill the gap and ensure it employs enough dedicated staff to meet the demands of an ageing population.

I spoke at a Safe in Schools Diabetes event in Parliament in the afternoon to help raise awareness about the issue affecting people with Type 1 and Type 2 diabetes. As a member of the Diabetes APPG and having spoken to a number of parents about their experiences, I understand the need for change in support, with schools being required by law to have a medical conditions policy. You can sign a petition here.

On Tuesday I joined teachers, parents and students in Parliament to lobby the Government against school cuts. I spoke to constituents concerned and worried scared about the biggest shortfall in school funding in a generation, because while school and academy costs are rising the Government is still failing to provide the level of funding they need to meet costs. Next month the Chancellor of the Exchequer has a chance to fix the Government’s record. When Philip Hammond delivers his Budget he must cover the current shortfall by releasing new money from the Treasury – not move money around from other areas of education spending.

The Westminster Hall Debate on police funding in London that I secured was held on Wednesday morning, with strong turnout from Labour MPs. Police stations are closing and neighbourhood policing is under attack. Visibly we are seeing the closing of police stations across the capital, with half of London’s remaining 73 police station counters set to close, including a number in Hornsey & Wood Green, and fewer police officers on the street. Across the UK and into London there are 20,000 fewer police officers than at its peak in 2010, with 924 fewer than last year alone. Some 70 per cent of the Met’s funding comes from the Home Office and as such it must wake up and realise that without urgent action, the head count will fall further. We can not protect our communities on the cheap.s

My EDM on indefinite detention is now circulating among MPs. Many in Parliament remain concerned that the UK detains people indefinitely under immigration rules and I am calling on the Government to urgently reform immigration detention by introducing a 28-day time limit.  The UK is the only country in Europe without a time limit on detention and people can be detained for months and years on end without knowing when they will be released – it is time for this to change.

On Friday I held my regular advice surgery at Wood Green Library, where I was able to speak to constituents about their concerns and how I can help them. For more information about future surgeries, please check my website by clicking here.

I then met with The Leafy Bean, a new independent coffee shop that has opened at Bowes Park Station, to speak to owner Laura Monk on local improvements and performance. It was fantastic to see a new independent shop open successfully, while I was grateful to speak about the vital issue of transport infrastructure in the capital. Investing in infrastructure in London remains imperative to keep our city moving, which is why along with colleagues I am continuing to lobby the Government to commit to this spending.

Over the weekend I attended the fifth anniversary of the Haringey Youth Festival at Duke’s Aldridge Academy, where an incredible display of talents was on show from young people in the borough. The festival does fantastic work utilising the performing arts as a means of unifying the borough and connecting young people in a space where they can develop their love for the arts.