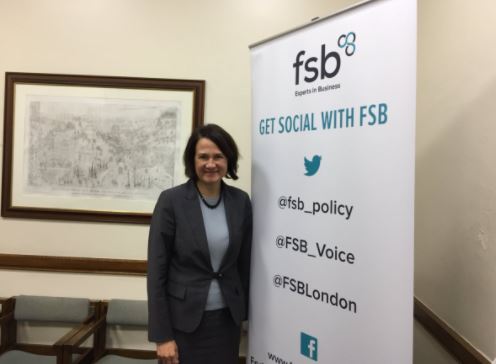 I spoke to Sixth Form students at Highgate Wood on Monday morning to talk about my experience of politics and the role of an MP in a functioning democracy, both across local and national issues. It was fantastic to engage with students interested in politics and how it interacts with the real world. I also spoke to Muswell Hill Primary School later in the week about being resilient and working with others as part of a team.

The European Union (Withdrawal) Bill was back in Parliament on Tuesday for a Committee of the Whole House, where all MPs are now able to scrutinise the bill line by line. Unfortunately, the Government has been able to win all of its votes by making a series of meaningless concessions. Labour MPs continue to believe that the Bill needs to be improved on, making sure that the UK remains in agencies such as Euratom and in programmes such as Horizon 2020, while also ensuring the rights of EU citizens are protected in the UK. Debate is set to continue on the Bill and I will hold the Government to account every step of the way.

Prime Minister Theresa May’s biggest challenge will come when the Commons debates fixing the date and time of the UK’s exit. The Government wants to put into law that the UK will leave the EU on 29 March 29. I will join my Labour colleagues in voting against the key Brexit legislation amendment, which even a number of Tory MPs have harshly criticised.

I also joined with the Federation of Small Businesses from London for a briefing on what small businesses in our capital need from the Government in order to thrive. Even in business the Tories are letting down the country. A number of small business owners in my own constituency have been in contact with me over recent months, fearful of having to close their operations or employ fewer people due to changes to business rates and a lack of support from the Government.

In the evening I spoke at the Haringey CND event on why the UK is boycotting the Global Nuclear Ban agreed by 122 at the UN, before attending the Bowes Park Community Association AGM.

On Friday I met with Hornsey Pensioners, who want to see greater funding for the NHS during the Budget, as well assessing the state pension and universal benefits, which are crucial for older people to be active members of the community.

In the evening I met with Hornsey Parish Church, which hosted the Winter Night Shelter in order to learn about how it functions. The Shelter provides an invaluable service, giving hot meals and beds for the homeless who would otherwise be out on the streets during the coldest months of the year.

Over the weekend I attended Muswell Hill Synagogue for its sixth annual Civic Service, along with the Mayor of Haringey, Councillor Stephen Mann. Afterwards I attended Wightman Road Mosque in the afternoon to talk to young people about politics and why it is good for communities if more people are involved, before celebrating Diwali at the community hub in Haringey.