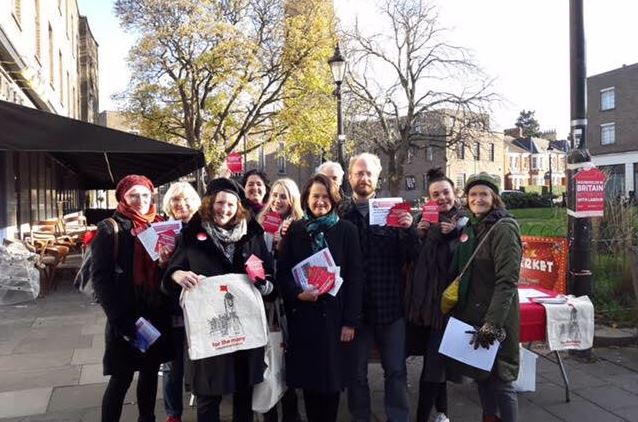 Wednesday was Budget day, and what a depressing day it was. What we thought was going to be 2015 – as Mr Osborne originally promised us -; it’s now going to be 2030 before the public finances are in better shape; the disappointing news that the NHS will only get a small amount of money while Brexit is set to get £5 billion We are in a real mess. Apart from even starting on universal credit, the number of people going to foodbanks has shot right up and we have also had so many people coming to our advice surgery, saying ‘I’m worried, I’m worried about the future, I’m worried about my kids.’ This is what we are looking at. Schools having to send letters home to ask parents for donations, just so that books and pencils and pens can be purchased. To view my video response, click here.

On Thursday I set off for Brussels along with other members of the International Trade Select Committee, where we met with the International Trade Committee of the European Parliament, as well as the UK’s negotiator. The EU negotiations are continuing to stall, with little hope that a deal will be made to give citizens, businesses and workers the security they seek. Meanwhile, the EU (Withdrawal) Bill continues to make its way through Parliament, with a series of hollow concessions made by the Government to appease their own Tory backbenchers. The Labour Party continues to oppose the Government, laying out a series of amendments that would make sure the UK remains in agencies such as Euratom and in programmes such as Horizon 2020, while also ensuring the rights of EU citizens are protected in the UK.

Earlier in the week I met with Hong Kong legislator Lam Cheuk-ting, a Democratic Party politician in Hong Kong and a former investigator of the Independent Commission against Corruption. Having been also been chief executive of the Democratic Party, we spoke about Hong Kong’s current status under the ‘One Country, Two Systems’ principle and supporting calls for universal suffrage.

I then met with the Japan All Party Parliamentary Group’s sub-group on sports with the Sports minister; Annamarie Phelps, Vice-Chair of the British Olympic Association; and Koji Tsuruoka, Ambassador of Japan. The group is looking forward to the international sporting events being hosted in Japan, including the Tokyo 2020 Olympic and Paralympic Games, and I am delighted to help facilitate discussions of the positive impact sport can have on society, as well as the relationship between the UK and Japan.

With reported crime on the rise, I also attended the All Party Parliamentary Group on knife crime, where we spoke with young people who have been directly involved in knife crime. It was enlightening to hear such honest accounts of knife crime, helping inform MPs of how to tackle the epidemic.

I held my regular advice surgery at Wood Green Library on Friday, where I was able to hear constituents’ concerns and help them with grievances they have. For further details on this, please click here.

Saturday was Labour’s National Day of Action, where many turned out to campaign for a fairer future, built on social justice. The Labour Party stands ready as a Government in waiting, ready to take over and implement policies that will help everyone get by.