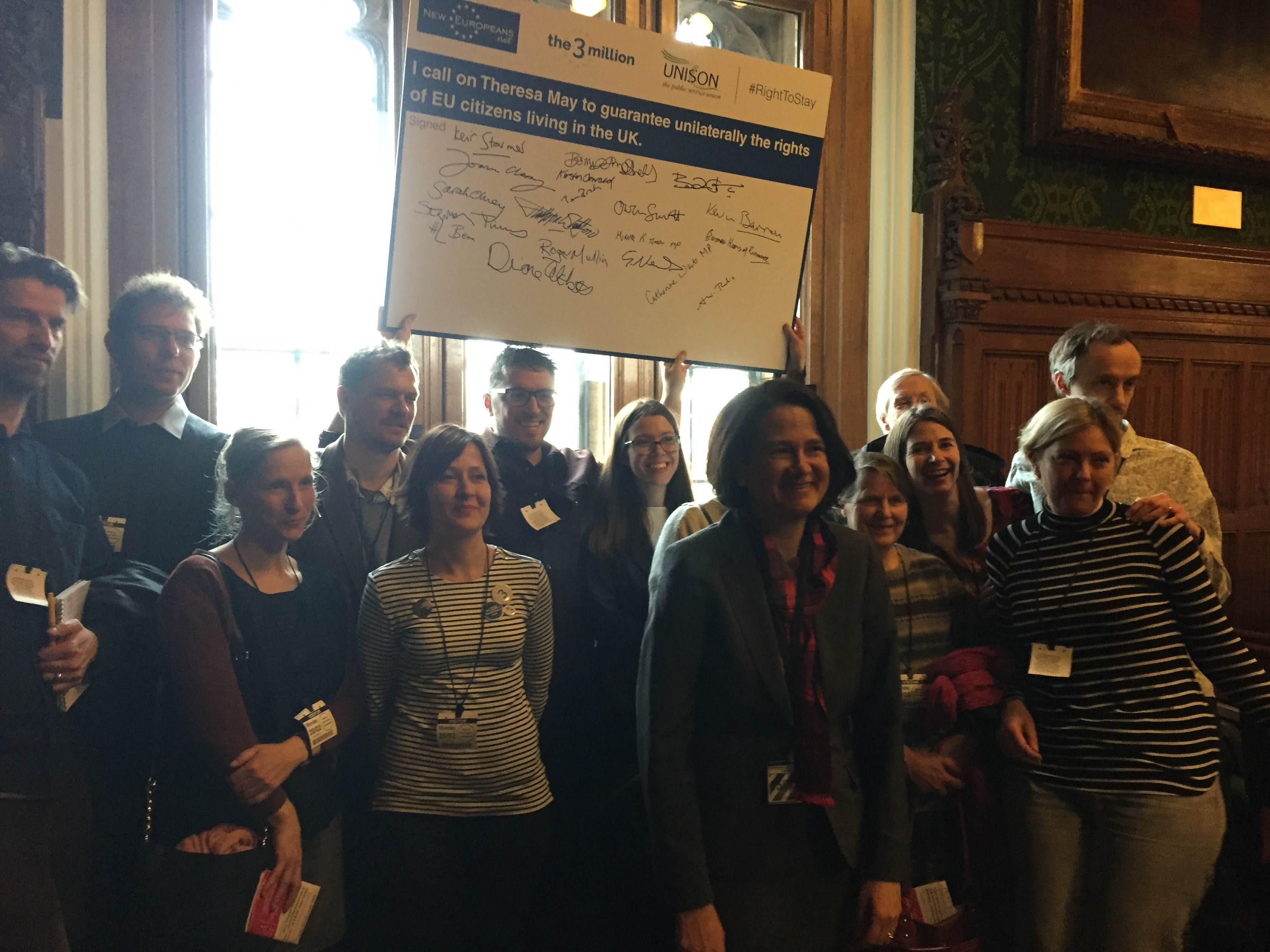 Theresa May, David Davies and Boris Johnson like playing games. They are well versed in moving around a board, measuring their opponents and using pawns to lure them in.

It is a great relief, then, that the House of Lords are expected to put an end to the game the government is so desperate to play, and stop it from using people as pieces in a negotiation.

It is my hope the Lords will do this by tabling an amendment to unilaterally secure the rights of EU nationals living in the UK, forcing the House of Commons to think once again.

It will be a welcome move by the Lords, with the country once again relying on an extra level of scrutiny to make sure the government’s reckless actions do not risk ruining the lives of people who have lived here for decades.

And if the Lords do so, it will be to support the will of the people: an ICM poll after the referendum found some 84 per cent of British people support letting EU migrants stay, including 77 per cent of Leave voters. And a more recent Opinium poll found that only five per cent of Britons think EU nationals currently living in the UK should be asked to leave.

But those who lead us into the biggest negotiations of our time have said they simply cannot guarantee the rights of more than 3m EU citizens living in the UK until the rights of the 1.2m British citizens in the EU are reciprocated.

Constituents tell me they fear a situation where the government sits contemplating the different ways it can implement its policy of mass deportations.

Indeed, millions of people who are active in our communities and play a vital role in the economy are now worried about exactly that. My own constituents – and those of my colleagues in Westminster – are scared their lives will be torn apart if the government is not given a reciprocal gesture of goodwill.

Not only immoral, this approach seems fundamentally flawed. Would it not, as our Prime Minister said, be a good thing to approach the negotiations as friends with our European neighbours? Would it, therefore, not be the greatest gesture of friendship to afford EU citizens their right to reside in the UK at the soonest possible opportunity?

Already a leaked document has indicated the government’s approach making it difficult for EU nationals in the UK to acquire permanent residence is likely to mean British nationals living on the continent can expect a backlash of their own.

So, as the government prepares to quash any amendments proposed by the Lords to its bill, the onus will shift onto MPs on all sides of the house to accept this crucial amendment.

Before the next vote Democratic Unionist Party and Conservative politicians must all ask themselves, are they happy to use people as “negotiating capital”?