My article in the Times on Panama Papers, Overseas Territories & the London Housing Crisis 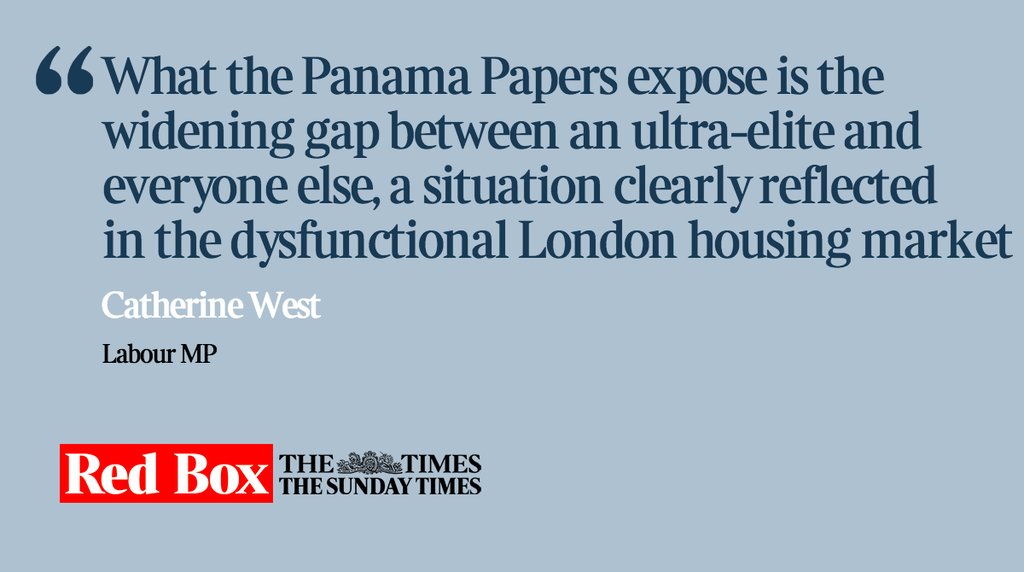 Today I wrote an article for The Times on the Panama Papers, and how the lack of transparency in the Overseas Territories is fuelling the housing crisis here in London.

Panama is the tip of the Iceberg: How the London Property Market is crippled by Shrouded Foreign Buyers in the British Overseas Territories

As an MP elected just under a year ago, I have been astonished at the numbers of constituents contacting me about the astronomical cost of housing in London. Whether it’s a first time buyer, a tenant struggling to find a costly deposit for a privately rented flat or a homeless family stuck in temporary housing for years, housing affordability in London is holding back our economy and causing genuine hardship for many too. Companies are now choosing to base their business in Birmingham or Manchester because the workforce can afford to live in those cities. When a deposit for a London home now averages £91k and the Government’s so-called ‘starter homes’ can come in at £450k, it is virtually impossible for doctors, teachers or accountants to own a home unless they have a ‘leg up’ from family.

The Panama Papers have uncovered the extent to which overseas investors are pushing up the cost of housing in London, often with homes in high value areas sitting empty. Indeed over the past 6 years, foreign buyers have snapped London properties with a collective worth of over £100 billion. It is not just a question of foreign buyers pushing up the cost of housing relative to the domestic market. It is also the influx of money, made from the proceeds of the drug trade or with links to international terrorism, which has been laundered in offshore accounts in the UK Overseas Territories. The campaign group, Transparency International, has found that of the 214,000 companies revealed in the Panama Papers, over half were based in the British Virgin Islands. What the Panama Papers expose is the widening gap between an ultra-elite and everyone, a situation that clearly reflected in the dysfunctional housing market of London.

For years now, the FCO had been stalling on its own deadlines to have financial centres in the Overseas Territories set up registers of beneficial ownership. This has prevented law enforcement agencies from tracing laundered money, funds which are proceeds of drug crime and the trade in weapons. What is less well known, is that, according to Transparency International, 36 000 properties in the UK have owners who are unknown, as they are based in offshore jurisdictions. It is plain wrong that corrupt individuals use British Overseas Territories to hide their activities and their identities while simultaneously pushing the prices of London property so high that Londoners can no longer afford to live in the city they grew up in.

Next month the Prime Minister will hold a summit on Tackling Corruption. He will say that Overseas Territories and Crown Dependencies must allow access to law enforcement agencies to a register of beneficial ownership. In my view this does not go far enough. We need a system that has the confidence of the parliament and indeed of the public. Mr Cameron should be calling for the introduction open registers of beneficial ownership so that not only law enforcement agencies but the public can be sure that taxation is being paid and that we know who owns these so called shell companies.

Member of Parliament for Hornsey and Wood Green