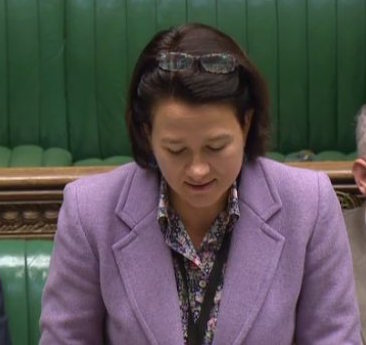 As Shadow Foreign Office Minister with responsibility for Asia-Pacific, I have been closely following the territorial disputes in the South China Sea and it was a subject I raised directly with the Chinese when I attended The 5th China-Europe High-level Political Parties Forum in Beijing in May 2016.

I specifically highlighted that island-building and the deployment of military forces on the Islands of the South China Sea was of great concern to the UK and our European neighbours, as well as those parties affected within the South China Sea Region.

I have raised this issue in the House of Commons, tabling a number of Parliamentary Questions in the Chamber, one in February 2016, in advance of my visit to China where I askedthe Secretary of State for Foreign and Commonwealth Affairs what reports he had received of deployment by China of surface-to-air missiles on the Paracels Islands in the South China Sea.

I also wrote directly to the Minister of State at the Foreign and Commonwealth Office, requesting his assessment of the situation and urging him to outline what steps his department was taking to prevent the militarisation of the South China Sea region.

In his response the Secretary of State said: “The UK’s position has always been, and will remain, that we urge respect for international law and the rules-based international system, and decisions arising from international tribunals. As the hon. Lady will know, the ruling is 501 pages long. It flopped on to my desk just before coming over here to answer questions.” He went on to say “We will study the decision carefully”

I will continue to follow the issue closely and raise more questions when Parliament returns in September.