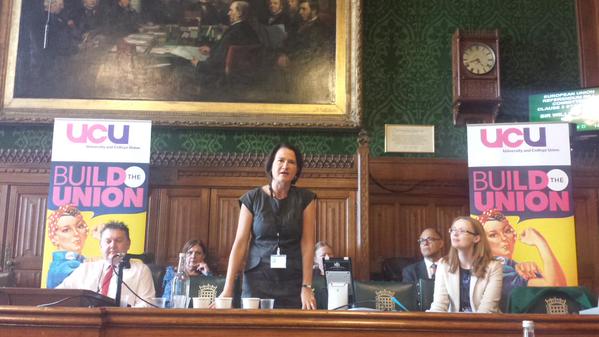 Catherine West MP has argued in this week’s Ham & High that the funding for London’s schools must be protected. In her letter, she says:

“Thank you to the Ham & High for highlighting the potentially devastating impact of government funding cuts on our schools (“Unions issue rallying cry amidst warning of school funding crisis” 10/11/16).

Here in Haringey, the Tories new national funding formula (due to be introduced in April 2018) coupled with the rising cost of higher employer NI and pension contributions, have left our schools facing average budget cuts of 15 per cent by 2020.

This would be devastating because London’s schools are a real success story. London’s children consistently outperform their peers at Key Stage 2 and GCSE and London has the highest percentage of schools in the country that are good or outstanding. Children growing up here from poorer backgrounds are much more likely to achieve good results than anywhere else.

It is absolutely essential that the funding that has made this possible is protected and that London’s children don’t pay the price of this Government’s failed promises. Yet the Minister has so far refused to provide any guarantee that Haringey won’t lose out. It’s obvious that shifting funding shortages around the schools system won’t help anyone -; and won’t change the face that in this Parliament schools face the highest real-term cuts since the 1970s. The only solution to the crisis is to increase the real-terms funding for all schools.

As MP for Hornsey & Wood Green and Secretary of the All-Party Parliamentary Group for London, I will continue to fight for London’s school funding to be protected.