My week in Parliament 8-14 February 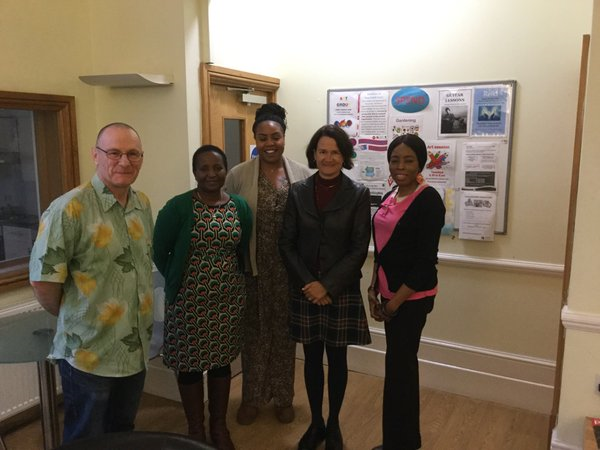 Jeremy Hunt’s handling of the junior doctor contract negotiations has been shambolic from start to finish. His decision this week to steamroller the new contract through will destroy what little morale is left in the profession and only make the existing recruitment crisis worse. I spent Wednesday morning with striking doctors at the Whittington Hospital to show my support for these dedicated professionals who go through years of training to keep our National Health Service running 24 hours a day, 7 days a week. By refusing to negotiate, the Tories have increased the likelihood of more strikes and shown utter disregard for the huge contribution junior doctors make.

On Thursday, I attended the first meeting of a new All-Party Parliamentary Group on rare, genetic and undiagnosed conditions. Alison, whose son Gabriel has an undiagnosed condition, gave a moving account of her experience living every day not knowing what is wrong with her son or what to expect in the future. Thousands of families face these same terrifying circumstances and I’m hopeful that this new group can provide an important forum to discuss how the needs of patients and families can be better met.

I met with Post Office bosses this week to express my concern at their plans to sell off Muswell Hill and Crouch End Crown Post Offices and what they would mean for staff and customers. I’ll be keeping up the fight to protect our Crown Post Office jobs and services and hundreds of people have already signed my petition in support of the vital role they play in our community.

As Shadow Foreign Office Minister, I joined Emily Thornberry MP and the children of Andargachew Tsege to present a petition to 10 Downing Street calling for his return home. British Citizen Mr Tsege has been held under a death sentence in Ethiopia since June 2014 after being kidnapped whilst changing plans in Yemen.

Back in the constituency, I held a busy advice surgery at Wood Green Library and visited Crouch End business Mr Dweeb to see how I could help following the horrific car crash that caused such damage to his shop. I also met with staff at St Mungo’s Mental Health Pathway service in Wood Green and spoke at the Power to Vote launch at the Selby Centre.

Almost 400 local residents have contacted me this week to ask my thoughts on whether the Freedom of Information Act should be extended. I believe there’s a strong argument to be made for strengthening the Act so that it covers organisations that are given public money, such as free schools, private companies who run NHS services and other large government contracts. I’m pleased that my Shadow Frontbench Colleagues launched a cross-party review into the Act at the end of last year, aimed at looking at how it should be strengthened to properly include private sector contractors given public money. I look forward to seeing the outcome of the review.

When I hear from lots of people on a particular issue, I post my responses on my website here: http://catherinewest-labourclp97.nationbuilder.com/policy