My week in Parliament 27 November – 3 December 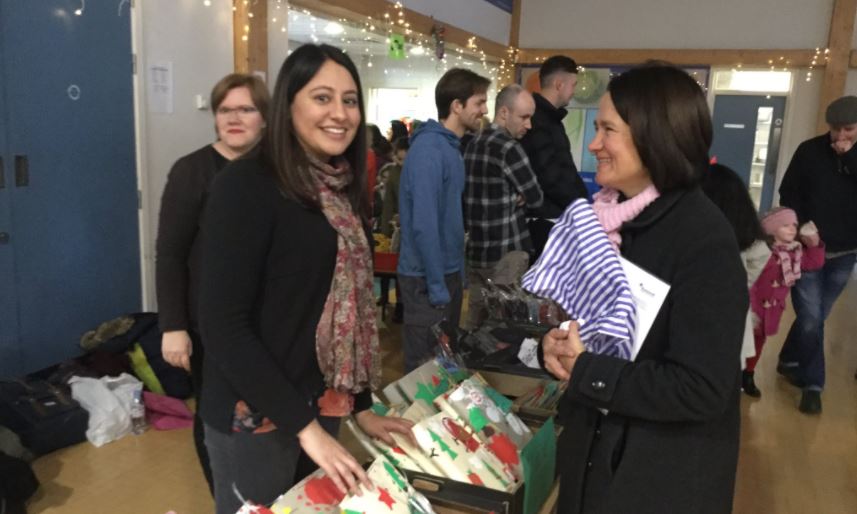 I began the week by attending the AIDS Memorial Quilt Exhibition in Parliament, with Friday also being World AIDS Day. The UK has contributed substantially to eradicating the disease, but more must be done. As I wrote for the Independent last week, new infections remain high, with 1.8 million people becoming newly infected with HIV in 2016. Meanwhile, many countries continue to impose unacceptable discriminatory legal frameworks on people living with HIV and people most affected by HIV. Internationally, the challenge for new International Development Secretary Penny Mordaunt is to formalise and publish a strategy on HIV quickly, increase levels of funding in line with UNAids recommendations, while putting the issue on the agenda at upcoming meetings including the International Aids Society Conference.

In the afternoon I attended the All Party Parliamentary Group on Chinese in Britain for the Launch of the International Student Report, which outlines recommendations for the Government in order to make university life more fulfilling and enjoyable for Chinese students. I have been campaigning strongly for the Government to take international students out of the net migration target in order to keep our university and academia sector world leading. The Government has replied to me, which you can find here.

Later I celebrate the contribution London’s further education and sixth form colleges make to social mobility and economic prosperity in our city at the Association of Colleges London Region reception. It was great to explore the role that colleges play in delivering excellent further and technical education to thousands of Londoners across the city.

On Tuesday I asked the Government what more needs to be done to target aid for women and children in the Rohingya Crisis. Hundreds of thousands of Rohingya Muslims have fled Myanmar in recent months in the midst of extreme violence. I believe that the UK Government should be taking a lead on the crisis generally, whilst making sure that aid is made available for victims of gender made violence.

Afterwards I met with Maria Caridad Rubio Hernandez, chair of Cuba’s National Panel on the Control of Breast Cancer at the Institute of Oncology and Radiology. A qualified doctor who has worked in women’s health for many years, we spoke about the Cuba Solidarity Campaign with other MPs.

On Wednesay I spoke at the 99% Campaign in parliament, before hearing from marginalised young people in the context of Brexit. It was fantastic to engage with young people on how Brexit will impact them and what effect they will have on young carers and young people, touching on issues from rights, the economy, the NHS and social care, as well as education.

I then went to the Winter Gala Dinner to support the Mayor’s Special Fund, which helps support mental health provision in the borough. The scheme supports Studio 306 Collective and MIND in Haringey, both of which help those with mental illness. As Patron for the Labour Campaign for Mental Health, I strongly believe that more needs to be done to help those who suffer from mental illness and will continue to do all I can in Parliament and our community to raise the issue up the agenda.

Saturday was Small Business Saturday across the UK and into Hornsey & Wood Green. Small, independent businesses serve our community well, adding to its culture and identity. However, the Government is not currently doing enough to stand by them. I wrote about the issue in the Ham&High.

Afterwards I went along to the Coldfall Primary School Christmas Fair and the Crouch End Festival tree lighting ceremony, as well as visiting Myddleton Road for its Christmas festival and lights switch on. I was able to make it to Parkside Malvern Residents Association annual winter drinks, as well as Northern Road for the Christmas light display.